THE VOLUNTEER was the winner of BEST PERFORMANCES at the August 2018 FANTASY/SCI-FI Film Festival in Los Angeles.

Michael Willer: I love films that highlight a strong female perspective, usually flipping the dynamic where the woman has the power and the know-how, and she’s the one who is actively involved in the plot and making things happen. That and shooting out in the wilderness, the woods, which I love, were huge selling points.

The process took almost exactly 2 years, from the time that Sarah sent me the script to the time that post was finished. Part of that was a slow development process, and once we started shooting it took about 6 months to finish.

This project was strangely blessed. We kept checking ourselves, knowing that something would go horribly wrong, but no… the worst that happened was a series of locations we’d planned on weren’t available when we showed up to shoot (a bridge had been removed from the stream we wanted to cross). But that resulted in finding a new location and my favorite shot in the film (the long shot early on when he’s chasing after her trying to convince her to help him… magic hour, bugs flying in the foreground, shafts of sunlight, it just all clicked).

I got giddy. I was actually in the room at the screening and got to listen firsthand to people’s feedback and it blew me away. The word “perfect” was thrown around a couple times, which just wows me. I’m so proud of our little film. We were a tiny team, just 4 of us on set, and just me in post-production. I couldn’t be happier with the reception.

From Sarah, the creator: “I was and always am into Star Wars and desperately wanted to work on something female-driven in a scifi world that had that post-apocalypse vibe. Something that featured a strong woman as the lead and the savior type, rather than a man.”

For my part helping in the development, I knew Sarah and Schoen (now married) had to star together in something. I’d just seen them in a play together and man, it just felt wasteful not to put them on screen after that.

Probably Inception or Fight Club. The craftmanship that went into those films is mindblowing. I could watch either on repeat and find new things to marvel at. (That’s a super limited look at my tastes, though!)

FilmFreeway is so easy to use. As long as the festival’s self description is clear, I have no concerns about submitting through that platform.

Well, I know I’ve actually counted the number of times I listened to Celine Neon’s “Vacation Time” because I shot their music video and I was really immersing myself (it’s somewhere around 100). But honestly, probably “Falling For The First Time” by Barenaked Ladies. Love that song.

I just wrapped a documentary shoot in South Africa and a 48 Hour Film Project shoot which was exhausting… But! The team I got together for that was amazing and I’m going to set us up as a creator collective, producing shorts in an anthology style web series. 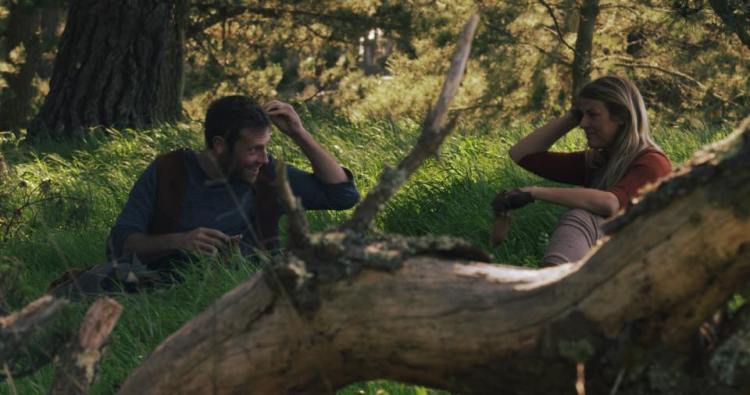