CHRISTINE was the winner of BEST CINEMATOGRAPHY at the December 2017 LGBT FEEDBACK Film Festival.

1. What motivated you to make this film?

We wanted to tell a story that highlighted the idea that you can be yourself, even if you don’t have words to describe it yet. We wanted to paint an image of a child trying different ways to conform to what they believe is the “right way” of being, so that we could reveal the persistence that may be involved throughout this form of exploration.

Draft one was finished February 20th, 2013. The project continued to grow and evolve until it was officially completed on Valentines Day 2016.

Casting and rehearsing remotely. We found our Luke, Logan Reinhart, very easily. But for the role of Christine our director, Jessica Adler, ended up utilizing Skype to cast outside of Texas (where the film was shot). Through these Skype auditions we found Jordan Jones who played Christine. Throughout the months leading up to filming Jessica rehearsed with both Logan and Jordan remotely, it was not until the day before our shoot day that the director and the two leads met in person.

We found the feedback video to be a very nice gift and a wonderful tool.

Our Writer/DP, Kate Montgomery, drew on some of her personal experiences growing up. While Christine’s path diverges from the writer’s experience, the underlying themes of identity and strength are present in both the real life of the writer and in the personal narratives of her character.

8. You submitted to the festival via FilmFreeway, what are you feelings of the new(ish) submission platform from a filmmaker’s perspective?

What a wonderful tool! We found it extremely easy and useful to use. It’s a great way to learn about new and unique festivals.

One would have to be “Least of All young Caroline” by Frank Turner. Which, after a re-listen, also speaks to some of the messages in CHRISTINE!

Our team works in all parts of the film industry. Kate Montgomery is currently working in NYC as a freelance DP, the most recent project she has shot is a LGBT short called Window Shopping that will be making the festival rounds soon!

Jessica Adler is currently working on a feature script and is developing her next short film. She is living in LA and working on the miniseries One Day She’ll Darken, directed by Patty Jenkins.

Stephanie Serra heads Triserratops Productions an independent film company delivering cinema for and about children. Her short film TADPOLES, a subtitled, foreign film for children (shot in Norway), will be released in the 2018-2019 festival circuit.

With the help of her best friend, Christine redefines her perception of strength and what it means to be herself.

CLICK HERE – and see full info and more pics of the film! 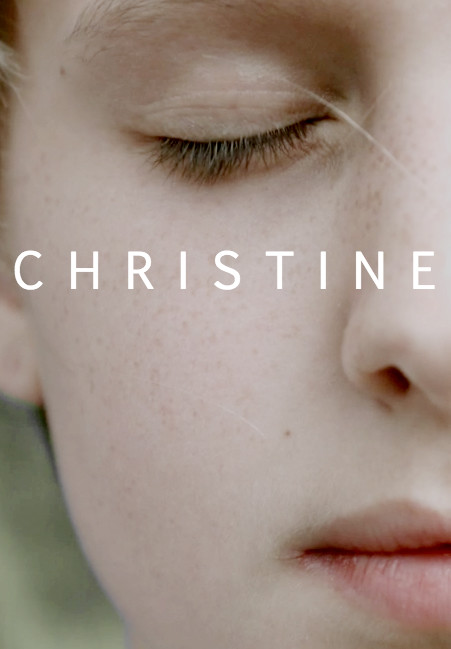