David Hackl was the production designer and second unit director for Saw II, Saw III and Saw IV, as well as for Repo! The Genetic Opera. He then went on to direct Saw V to critical and financial success. Recently, he directed multiple episodes of the TV series “Real Detective”.

I was fortunate to sit down with David to talk about his career and what’s next:

Matthew Toffolo: You have worked in the Art Department and Directed over 25 films, is there a film or two that you’re most proud of?

David Hackl: I’m very proud of the Saw franchise and feel grateful to have had the opportunity to work on it. It a piece of cinema history now. I also have a real fondness for Outlander as it was one of the most epic projects that I’ve done. I had to research it like crazy and learn everything about viking architecture, culture, weaponry etc. We had to build everything, weaponry and huge sets that included a viking village with 22 buildings and an 80 foot Viking ship that was fully practical. The craftsmanship from the whole crew was outstanding in every department. I’ve always loved viking stories and would love to direct a viking feature now.

MT: Tell us about your first Production Designer assignment in “Jerry and Tom”. Kind of an underrated film with a lot of camera movements and set/scene transitions. Some very inventive cinematic designs too. How did you get that assignment? Would you agree that this film really jump-started your career?

DH: “Jerry and Tom” was a fantastic first experience as a Production Designer. I had been designing and directing commercials for 10 years by then but I wanted to get into long format. I’m good friends with Saul Rubinek and we were location scouting another film when he told me about Jerry and Tom and I said “that should be your first film”. The story was written by Rick Cleveland (West Wing, Six Feet Under, Mad Men, House of Cards) and it sounded so great. The film we were on fell apart but then Saul called and said the Jerry and Tom was green lit.

We wanted to create a visual signature for the film and Saul brought up the idea of transitioning between scenes seamlessly rather then cutting. I loved what they did in Red Rock West and I took the idea and ran with it. The crazier an idea was the more Saul wanted to do it. So I wasn’t going hold back. I was thrilled to work with suck a stellar cast (Charles Durning, Ted Danson, William H. Macy, Sam Rockwell, Joe Montegna) and I think I wanted to show off a bit. It’s definitely an underrated film, though when I look at it now it seems so dated. 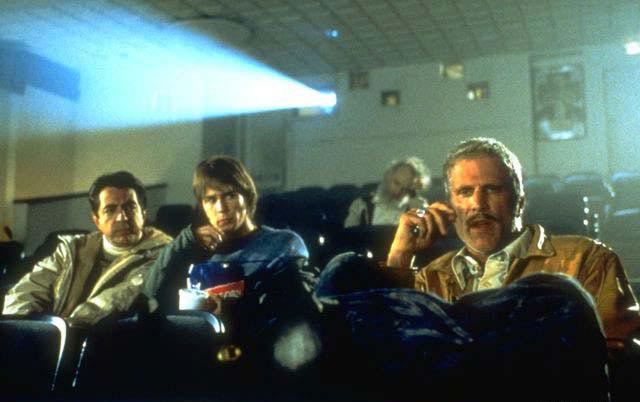 MT: What is the biggest difference when Production Designing a TV series in comparison to a feature film?

DH: When you’re production designing a TV series everything tends to move a lot faster and on a shorter timeline then features. I love the pace of TV and the fact that you plough through so much work. I’m very comfortable with working fast and I’ve always been lucky to have great teams to support me. Features, on the other hand, give you the chance to develop ideas more,not because you have so much more time but because you generally start with a more solid script and singular focus. But both features and television are starting to feel similar on all aspects.

I love the more cinematic quality of television we’re seeing where the bar is getting raised constantly.

MT: How would you describe your SAW experience in one sentence?

MT: What was the biggest thing you learned when you directed your first film SAW V?

DH: I learned how frigging hard it is to direct a feature. As a production designer you often have people lined up at your door to ask hundreds of questions a day. But as a director it’s more like a thousand questions. Designing is a good place to prepare yourself for directing and my directing now informs my PD work better as well. 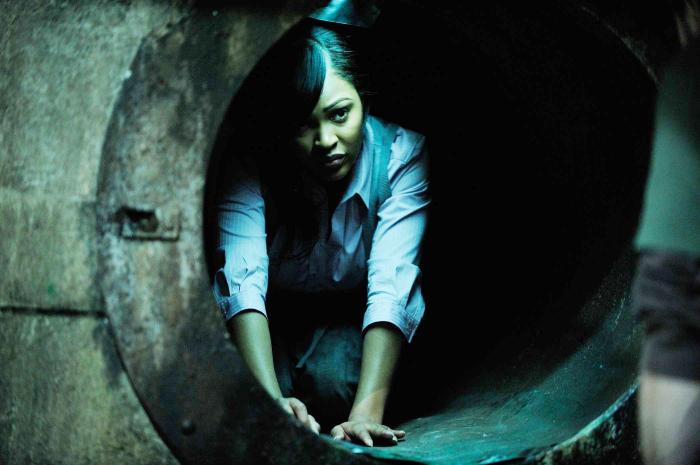 MT: From an outside perspective, the SAW franchise seemed to work like a corporation. Someone creates an idea, then as you grow people at the top move onwards while the key production heads move up the ladder of responsibility. Gaffer to DP. Art Director to Production Designer. Production Designer to Director (YOU). They really helped the growth of a lot of careers. Is this a true assessment?

DH: It’s true SAW gave a lot of people wonderful opportunities but I don’t know if that was a strong intention as much as a next natural progression. I think the producers felt more comfortable about keeping it in the family and it was certainly a nice gesture of gratitude. We all had such a great shorthand that it seemed to make sense to keep it in the family.

MT: Some argue that SAW V is the best of the franchise. Is there a reason why you didn’t direct SAW VI?

DH: I was originally in talks to direct Saw IV but the very day they called to make me and offer I had just found out my wife had cancer. (She’s clear and great now) But the producers suggested that I direct Saw V and VI instead. But after Saw V Kevin Greutert was keen to direct one and rightfully so. He had edited every one of the Saw films from the beginning. Few people knew the franchise better then Kevin. At the same time the producers decided to do a 3D Saw film and asked me to direct it. They asked me to stay on for the whole year and learn everything there was about 3D filmmaking and how we could best use it on a Saw film. Unfortunately 3 days before we shot SAW 3D the producers exercised my pay or play deal bumping me off the picture and exercised their 2nd picture option with Kevin Greutert forcing him off Paranormal Activity 2 when it was announced that it was going to open the same day as Saw 3D.

MT: What are you currently working on?

DH: I’m busy building a slate of films for my company with a few optioned novels and scripts for both TV and features. I’m writing a lot and working with writers, which I love. I’m also pushing hard to move into television directing.

MT: What film, besides the ones you worked on, have you seen the most times in your life?

MT: What is the future of the horror franchise?

DH: If you’re asking about SAW 8: Legacy it’s coming. Writers were just announced. I’m excited see what they’ll do next.

In more general terms horror franchises are all about an idea that has legs and I’m certain there’s going to be a new one any minute. I have a couple myself. (…he says with a smile!)