Bjarke de Koning: I had an apartment that I was unable to finish renovating and I felt like having a creative outlet and occupy my mind with something meanwhile.

The love story is fiction but the “set” is real.

The apartment that the film is shot in is my own apartment and I was going through a situation like the one in “Renovation” for now about 7+ years (I’m still unable to renovate the bathroom).

I had a first draft of the script in October 2015 and the film was selected for it’s first film festival around June 2017 so about two years from start to finish.

We shot over the course of half a year on and off in the weekends. The filming and writing kind of went along with some of the things that was actually happening in real life: Like the bathroom floor being broken up by construction workers.

That I had set out to express something in a short film while it was happening in my own life. It’s hard because you haven’t fully processed or structured the events but you’re still trying to put it out there in a format. I had a script but the story-line still had to be told from an intuitive position because of the situation. Even in the editing I was still piecing the main structure together as well as possible.

I’d say especially for the actors it was a challenge because they we’re kind of blindfolded creatively and had to just try out different things all the time.

I’m very honored that so many people took time to watch the film and give their opinion afterwards. I mean just watching the film is 20 minutes and then also doing a video afterwards about it. I’m truly grateful for that! It’s very interesting to hear other people’s reactions and thoughts about the film. Especially since we were trying to work from a very intuitive place.

I was/am stuck with the renovation of my apartment and I thought about how I might be able to use the situation for something positive. I came up with the idea of using the renovation as a metaphor for coming out and I was really very unsure of weather or not that was a good idea. Luckily I was able to get feedback from Danish genius director Asger Leth and he liked the idea and he also was so kind to give me feedback on my first draft. That gave me the confidence to go with my idea.

I’ve been re-watching a bunch of great films while being stuck with an unfinished apartment. Some of them are:

And a bunch of shows like Silicon Valley (seen the first two seasons 4 times), Last Chance U season 1, Flint Town…

Bu the film I’ve probably seen the most might actually be The Big Lebowski.
I’ve also obsessed about Into The Wild.

Great but it’s expensive to submit but that’s just in general.

I don’t know if it’s the song that I’ve listened most to in my life but I’ve been putting on “First Aid Kit – My Silver Lining” quite a bit. I find it very encouraging and I never get tired of it because it’s so well done. 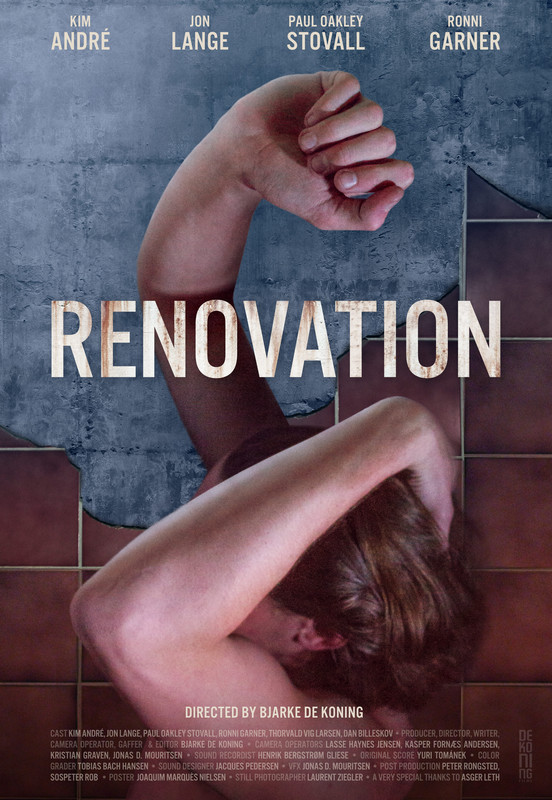