GENTLY INTO THE DARK played to rave reviews at the April 2020 LGBT Film Festival.

Ethan Munoz: My main motivation for making Gently Into the Dark was to show a different side of the LGBT community. I wanted to make something that delved into fears and terrors of a worst nightmare come to life. To me, I wanted to push the limits of what an LGBT film could be. Making new and different art forms is exciting and thrilling to me.

The whole project took about 7 months to make. The concept was about a month to develop. Filming the project was over the span of several weekends. Editing, Coloring, Sound Design, and Special Effects took about four months.

The biggest obstacle was the pressures of peers reviewing the film. This was my thesis film and it had to be reviewed and reedited based on notes it got during several classes. The pressures of making a film that an entire class liked with different opinions was definitely the biggest obstacle. You can’t always make everyone happy and it’s near impossible to.

I was beyond happy. To see this much praise on something you work on for months is beyond overwhelming. Especially since the film has been through so many edits. I love the final product of the film and to see that people not only like it but love it, is beyond words.

I have a lot of fears as being a gay man. Even though I live in a city where I know I’m safe I still have the fear of not knowing how people will react in other places of the world. I grew up in a small town and I’ve seen the awkward and uncomfortable situations of gay people growing up. But that’s not even the worst of it depending on what country you grow up in. This was the starting point of the idea that became Gently Into the Dark. What if people don’t approve and try to change me? If they can’t, what will they do? AM I safe? I wanted to portray society trying to fix what they didn’t accept. But the perseverance and love of the two men, no matter what, will end up together. Even if they have to live in this dark world, they will have to fight it together.

I usually watch action films, thrillers, and sci-fi. My favorite film is Inception, which I’ve seen over forty times. I like to watch those kinds of films that have incredible visuals and tell a unique story.

The platform is incredible. It makes finding festivals easy without having to search out websites individually. Everything is on one site and has a great filter to narrow what the best festivals are for your needs.

The song I’ve listened to the most is Counting Stars by OneRepublic. It’s my favorite song of all time.

I’m working on writing and directing another short film for this year. Possibly two. But beyond that I’m writing and developing three feature films. These are projects I’ve been developing for a while and am super excited that they are coming together. Two of them are thriller/horror and one of them is thriller/crime. I am working with a couple different writers for each and plan to have them written by the end of the year. I love filmmaking and am always looking forward to my next thing. 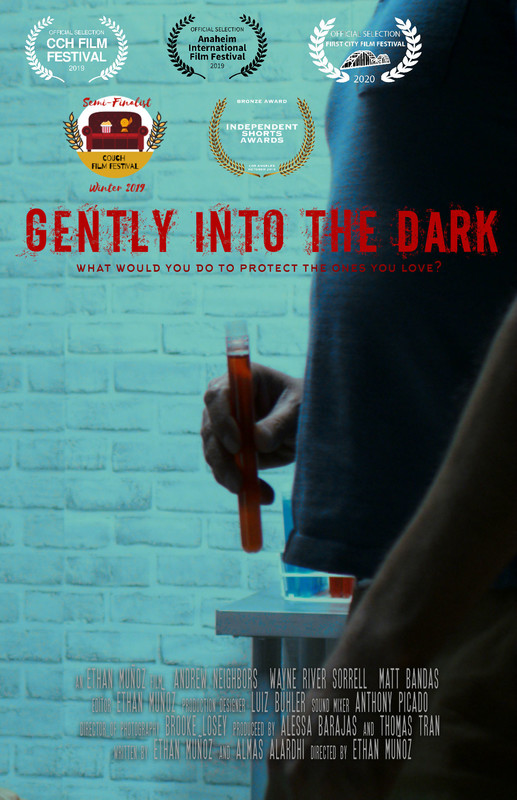