Kellie: What really motivated me to make this film was the lack of representation or education on queer identities that weren’t “Gay”. It took me a long time to realize my sexual orientation and gender identity because asexuality and nonbinary gender just aren’t talked about as much and if they are, it’s often by people who don’t really know what they’re talking about or are talking about these lesser-known identities negatively in my experience. I really wanted to make something that focused on acknowledging the diversity in the LGBTQIA+ community and celebrating both their differences and similarities.

Caitlyn: We wanted to create a film that highlights the queer community and shared the experiences of some members of the community.

Kellie: We started planning this film in the fall semester of 2018, so that we could apply for a grant that would be available to students from the Film Commission Office of Tampa, FL in the spring semester 2019. I think we finished the film in April 2019, so I believe in total around 6 months.

Caitlyn: Overall, I think it took us about 6 months to make the project. From November planning to final cut in early May.

Kellie: I think scheduling was pretty difficult – plus, we never wanted to end the interviews, especially Santiago’s! It was so great hearing so many different stories and experiences from the community. We also didn’t have very many people on set, it was usually me working the three cameras, Caitlyn taking notes and running sound and Aditya interviewing people. Everything was definitely a learning experience.

Caitlyn: Finding a good variety of people to interview since we wanted to include as many different sexualities and gender representations as we could.

Kellie: Very emotional!!! I’m so glad people enjoyed it and connected with it. It makes me feel like we really accomplished what we set out to do with the film. It was also really cool to get suggestions about using the film as an educational resource for parents and schools, which I hadn’t really considered before.

Caitlyn: I was very surprised and happy when first viewing the audience feedback. It was very exciting to see how other people responded to our film and to hear that our hard work paid off in creating a great film that showcases the queer community in a different and positive way.

Kellie: I think it was definitely a collaborative effort between us. We really wanted to make something that would have an impact and would be something that could be shared with a lot of people. I think in one of our first meetings, I had talked about how a now-dated documentary about asexuality really had a negative impact on me because it was giving so much authority to non-asexual people on what asexuality was and what our lives should be like. I really wanted to make something that every person you see, every voice you hear in the film, these are people from the community talking about their identity and not having someone else talk about it for them.

Kellie: Most likely Moulin Rouge, dir. Baz Luhrmann! It’s a very nostalgic film for me as I grew up watching it. The cinematography and editing and color… Wow!

Caitlyn: Probably the Harry Potter series, it’s one of my favorites

Kellie: I like it – It’s easy to see what people have to say about the festival as well as a really simple UI and makes submitting straightforward.

Caitlyn: I think it’s a relatively easy to use platform, and it’s nice to be able to find and submit the same project to multiple festivals at the same time. I also like all the different search filters to find different festivals.

Kellie: That’s a really difficult question! I go in phases of what songs I listen to a lot at a time. Lately, it’s been a lot of songs by AnnenMayKantereit, Hunnybee by Unknown Mortal Orchestra, or Alive by Amarante.

Caitlyn: Honestly, I have no idea, probably a Disney song I listened to on repeat as a child. But most recently would be Black & White by Niall Horan.

Kellie: Currently, I work for a creative agency as an editor and colorist, but I definitely want to get back into filming personal projects. It’s been difficult with the pandemic, of course. My goal is to shoot a short experimental film exclusively about nonbinary gender identity as I’ve personally experienced it. When I do make it, it’ll be on 16mm color stock and I’m really excited to cut on film again, as well as take advantage of the ability to scratch the film or use ink/paint on it. I love those sort of effects on film that really can’t be replicated digitally.

Caitlyn: Hopefully, moving out to Los Angeles to begin working on films. 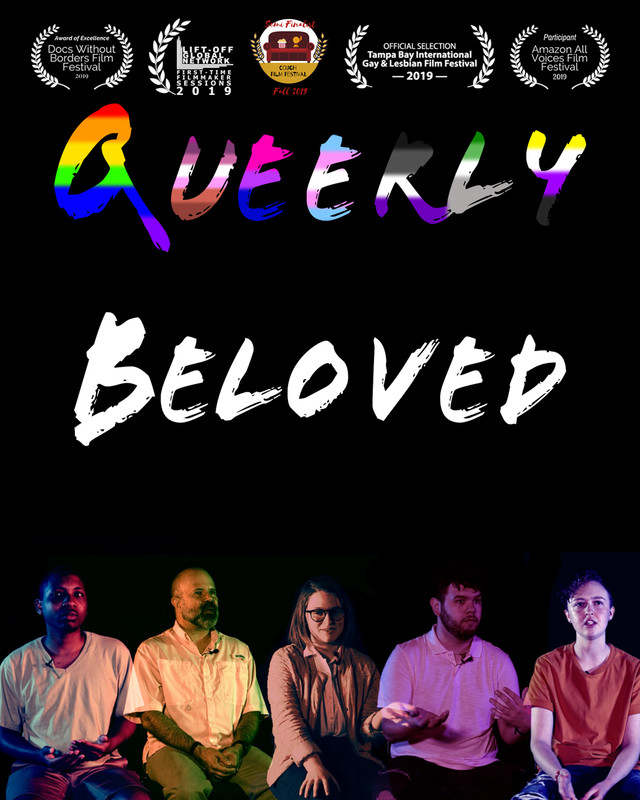