Sarah Baptist: I went to the overflow area of Jurassic Park for Game 1 of the Raptors playoff. I instantly became friends with the two men behind me in line. There was something really unique about the community. Strangers were friends. The next time I went back, I brought a camera and I tried to capture it.

The lineup was right beside a highway. The audio really needed to be

It was great. I just want to keep getting better at the craft of short documentary films and hearing the audience reactions helped me learn what I should do for the next film.

I came up with the idea for the film when I was the Jurassic Park viewing area.

The Wizard of Oz.

It is a convenient way to submit films.

I would love to make another film. I’m really interested in telling stories from people we don’t hear from and who may be misunderstood. 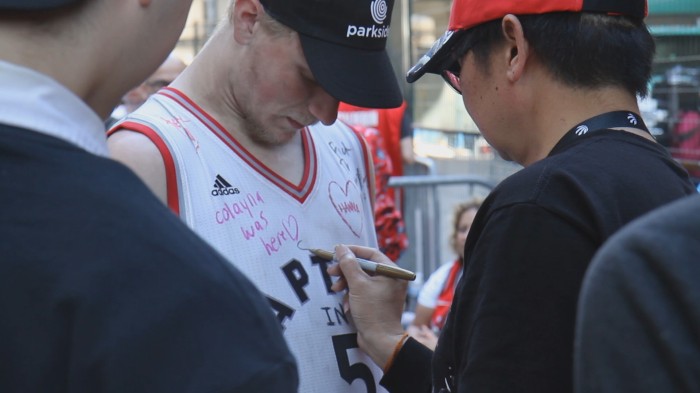 One thought on “Interview with Filmmaker Sarah Baptist (STARTING LINEUP)”