ISLAND was the winner of BEST ANIMATION at the October 2018 Animation FEEDBACK Film Festival in Toronto.

Max Mörtl & Robert Löbel: Luckily we got some funding money for an independent film project. We took the opportunity to take some time off from commercial jobs and work on our own ideas. With this film we celebrated our friendship by making funny animations and combining our different styles.

The limited amount of time and space. Although we were super happy to receive funding for the film, we had to work in a super small team of just the two of us and our sound and music making friend David Kamp. As we live in two different cities, Berlin and Munich, we had to find a way how to work perfectly together without being in the same place all the time. We had a kick off time in Berlin where we set style and story and also did a lot of crafting and animation.

We wanted to create something without a head breaking storyline which gave us the freedom to animate as much cool characters as possible. The result was to put a bunch of creatures on an island and let them have some fun with each other. Some years ago Max did an interactive music app called Visual Beat. This was also a great inspiration for us. We gave our creatures weird sounds and let them perform together in an abstract nature music video.

Our own short films. On every Festival over and over again. Apart from that there are more than one: Mr. Bean, Star Wars, The Life & Aquatic with Steve Zissou…

It started nice. Platforms can take some paperwork away from each indie short film maker. One platform would be nice. But 10 different submission platforms bring back the difficulties of bureaucracy.

„Loser” by Beck and „Basket Case” by Green Day

Yes. For Island we teamed up for the first time for a free project after our study’s. This saga will not end here… 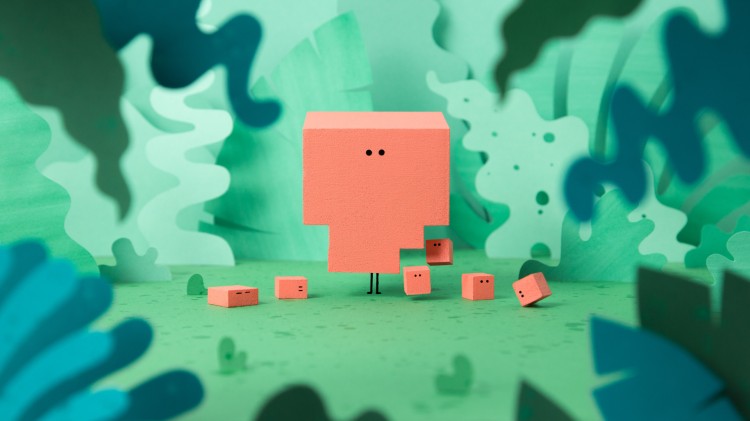