Dan Stoloff is one of the top television cinematographers working today. He also DP’d the films TUMBLEWEEDS, MIRACLE and CROOKED ARROWS to name a few. It was an honor interviewing him. Check out his website and list of credits at: http://danstoloff.com/

Matthew Toffolo: Where were you born and raised? Was photography something you always wanted to do as your career?

Dan Stoloff: I was raised in Newton, Mass, just outside of boston. I knew from the time i was about 11 that I wanted to be a cinematographer. We had a Super 8 camera and I started making my own films. It was my favorite thing to do, and I decided if there was a way to make a living doing it, I would.

I would say the 2 final episodes of “The Americans”. I was so fortunate to become a part of The Americans in season 5. One of my favorite shows of all time, and to get the gig was like The Rolling Stones asking me to join the band!

You DP’d a ton of SUITS episodes. A show filmed in Toronto. How are the Toronto crews? Do you like the fast pace of shooting a series like this in comparison to feature film?

I did almost 50 episodes of suits. All shot in Toronto. Love the crews there. Very technically proficient and so polite! I love the pace of episodic TV. Everyday seems unmakeable at the outset and yet daily we rise to the challenge.

The most famous film you probably worked on was MIRACLE. How did you get involved in that project? What do you remember most about that shoot?

I had shot “Tumbleweeds” for director Gavin O’Conner and we had a wonderful collaboration. He fought hard to get the studio to agree to have me on board. I had never done a studio project before and they were justifiably cautious. After many meetings with many execs they finally agreed to give me a shot. What was most memorable about that shoot was the way the project itself mirrored the actual subject. All those kids were real hockey players. The celebration you see at the end of that film was real. The tears were real. The kids puking during drills was real.

Is there a type of film/TV show that you love to work on that you haven’t worked on yet?

I would like to do a period project before electricity existed.

What are you generally looking for in a director in order for you to do your job as best as possible?

I love a director who knows his (her) material. Knows the characters and creates an atmosphere that provides the freedom for discovery.

What do you think a producer/director is looking for when they bring on you to DP the film?

Those are 2 different questions. The answer is as different as the people themselves. All want the project executed efficiently and on schedule and budget. Some directors want visual suggestions, others not. All producers want you to make the day,

What is your passion in life besides photography and film?

What movie have you watched the most times in your life (besides the ones you worked on)?

What advice do you have for young cinematographers who would eventually like to DP movies for a living one day?

Educate your mind and your body. Go to museums, read novels, see movies, and stay in shape. Often our job is as physical as it is mental. Always get to set early. Be nice to everyone. 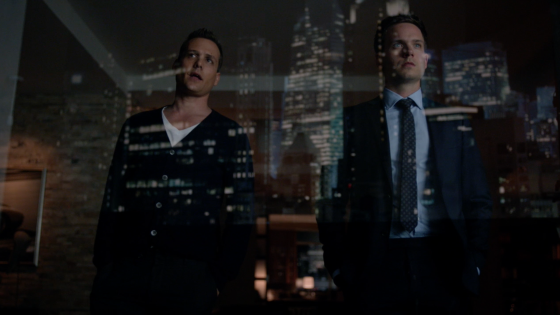