I first met James Wallis 5 years ago when he performed at one of our Screenplay Festival events when we were working at the National Film Board of Canada. Right away you could tell he was an actor on the rise as he always served the story he was performing in while also bringing an original and unique take. That is something that is very rare to see in an actor.

I was happy to sit down with James as he’s preparing to play Hamlet at the Monarch Tavern in downtown Toronto, Canada from February 2-7 2016. Go to http://www.shakespearebashd.com/hamlet.html for more information. 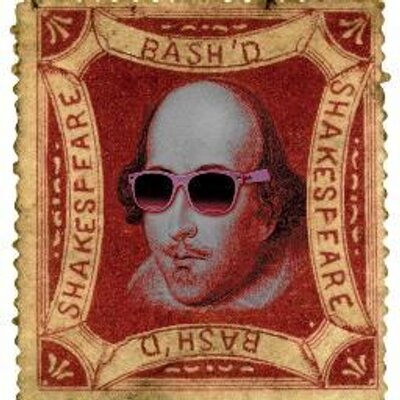 Matthew Toffolo: What motivated you and your team to start the Shakespeare BASH’d company?

James Wallis: For me I was interested in doing Shakespeare’s plays very simply, with a bare bones approach to the work and making sure that the plays are accessible, fun, and clear. I also felt that I knew a ton of great actors who were not getting the opportunity to do great work with Shakespeare and I wanted to give them that chance.

It’s grown over the years, of course, but it’s always been about the work. The plays and the text and the actor. It’s a simple relationship that the stage highlights very well.

Matthew: You’re set to play HAMLET in your upcoming production. The who’s who of actors have performed the role. The list is too long to name. What makes you want to tackle this iconic role?

James: It’s a great chance, especially with the company that I have with me on this Hamlet. It’s a generous part, by that I mean it gives you a lot of text to experience and play with. He’s a hard character, of course, because of the depth of his emotional life but also because Shakespeare has made the character very ambiguous. He doesn’t give you a clear answer to any question, which is lovely and an amazing opportunity for any actor.

Matthew: How do you make your performance of HAMLET unique?

James: I’m striving for clarity. What is Hamlet saying? And what is he trying to do to the other characters in the play and/or the audience?

Also I don’t think that many short, stout, funny men have played Hamlet and I wonder why. At times, he’s very funny and at times he’s very emotional. Regardless, he’s working through everything. Trying to decide what to do. I don’t think he wants to hurt anyone but circumstances don’t allow him to be passive.

Matthew: What actor(s) would you love to perform with as you move forward in your career?

In a dream world, probably somebody like Gary Oldman or Ian McKellen.

Matthew: You’ve performed at our screenplay festival a few times and there was an exchange between the two of us way back in 2011 that I’ll always remember. You performed in a supporting role in a TV Pilot reading and the actor assigned to the lead role had a lot of trouble. It was a tough role and I was chatting with you, your agent, and the rest of the cast afterwards about it. I was in mid-sentence and all of a sudden you interrupted me and stated “I would of nailed that role without an issue!” I was taken aback because you weren’t arrogant or cocky about it, but just confident and so assured of your ability. I believed you right away. I told myself that I should keep an eye on this guy James Wallis. Do you remember this exchange? And as an actor what’s the difference between confidence and arrogance?

James: I don’t remember that specifically, but I wouldn’t put that past me ever to do that. I always say that as artists (whatever your discipline) you need a thick skin. As an actor, you are constantly rejected and that’s part of the business. You need that thick skin to know that you have the ability to do whatever is asked of you. That’s very important, emotionally, it will keep you rolling.

To me, confidence is knowing that you can do it. Arrogance is thinking you’re entitled to it. There’s a difference and it’s about what you bring to the table. You can be confident and collaborative. Arrogance is something about you and only you.

Matthew: What movie have you seen the most in your life?

James: That’s a tough one. Shawshank Redemption probably. Or Father of the Bride, the Steve Martin version. I love that freakin’ movie.

Matthew: What’s the key difference between working on stage to working on film/TV?

James: Theatre is more about the rehearsal period. Your building something very specific that needs to be alive every night. Film is more immediate and you need to be ready to go at the drop of a hat. Film is also more technical. Eye line, movement of head and such.

Of course, film is much smaller but with that comes a determined specificity.

Both are fun. I’ve done more theatre but film is always a treat.

Matthew: Do you have an acting mentor?

James: I love working with Ian Watson, he’s a Shakespeare teacher. He’s taught me a lot about everything to do with Shakespeare.

Matthew: Where did you grow up and why did you decide to become an actor?

James: I grew up in Newmarket. It started simply: I liked this girl who was in the musical, so I decided to join up to spend more time with her. From there I just fell in love with the theatre. I liked the people, I liked how hard the work was and I liked what theatre could accomplish.

Matthew: Besides acting, what else are you passionate about?

James: Theatre in general. I also am very interested in reading and non fiction books. Plus documentaries. I would love to do one one day. I also love and am very passionate about beer.

Matthew: What is the next Shakespeare role/play that you will tackle?

James: I’m going to be assistant directing Macbeth at the Stratford Festival this coming season, so that’s where I’m off to after Hamlet. Shakespeare BASH’d is also beginning our next season with our final production at the Toronto Fringe Festival at the Victory Café. We are doing The Comedy of Errors, which will be in July. I will have a small role in that but from there we have a lot of thoughts about what is next. I would say that I want to play Richard III at some point.

Matthew: What have you learned the most being an Artistic Director for your Theatre company?

James: It takes hard work and endless patience. You need to love what you do and know why you are doing it. Plus, you need people who will work hard with you. I have an amazing group of people who help me, especially my wife Julia, who works harder than I do.

Matthew: Where do you see your company growing in the next 5 years?

James: I hope to start doing plays from Shakespeare’s contemporaries. I would love to do repertory, with two plays by Shakespeare at once. I would also like to be doing Shakespeare in schools, teaching kids the possibilities of Shakespeare on stage..

Matthew Toffolo: What motivated you and your team to start the Shakespeare BASH’d company?

James Wallis: For me I was interested in doing Shakespeare’s plays very simply, with a bare bones approach to the work and making sure that the plays are accessible, fun, and clear. I also felt that I knew a ton of great actors who were not getting the opportunity to do great work with Shakespeare and I wanted to give them that chance.

It’s grown over the years, of course, but it’s always been about the work. The plays and the text and the actor. It’s a simple relationship that the stage highlights very well.

Interviewer Matthew Toffolo is currently the CEO of the WILDsound FEEDBACK Film & Writing Festival. The festival that showcases 10-20 screenplay and story readings performed by professional actors every month. And the FEEDBACK Monthly Fesival held in downtown Toronto on the last Thursday of every single month. Go to www.wildsound.ca for more information and to submit your work to the festival.