Sibel Guvenc: ONE STEP APART is a hybrid fiction dance/drama short film about a couple struggling with a past secret that puts their relationship on the verge of separation. Their emotions are revealed through dance where they are trying to get out of this infinite loop of anger and sadness.

ONE STEP APART is a short film about different levels of communication. Through movement, I’m analyzing how two stagings of the same emotional conflict can inform, interact and complicate each other. The dialogue is kept opaque and the complexity of the scene is expressed through movement. Their emotions are revealed through dance where I focused on two emotions: anger and sadness. These emotions are shared interchangeably in between them while they’re trying to get out of this infinite loop. As the film progresses, two worlds merge with a blend of dance and dialogue. One Step Apart captures a moment from the lives of a couple that shapes their future.
https://www.kybelefilms.com/one-step-apart

From writing the screenplay to finishing the post, it took about eight months to complete “One Step Apart”. Because, it was a no budget short film, I had to wait for the availability of my key team.

I can’t recall any difficulty making this film which is a rare experience in filmmaking. I had a great collaboration with the composer Michael Occhipinti and the choreographer Lisa Brkich on this film, and it was so enjoyable from the rehearsals to the editing room. I realize I’m so passionate about shooting dance on film, and I really look forward to collaborating with dancers, and choreographers more often.

I was very pleased that it meant something to the audience about the hardship in relationships. The audience reacted so well to hybridity, and how the movement in the film reflects the character’s inner journey, thoughts and emotions. I really enjoyed hearing people talk about an abstract piece.

I’ve been always drawn into movement, and using space in my art work, and I always wanted to work with dance elements in my filmmaking. I was writing “End of the Rope”, my latest short film about a disabled dancer and her empowerment journey in AI at that time. https://www.kybelefilms.com/end-of-the-rope. I was planning to work with the same choreographer, and I wanted to make a film using dance and music before I shot “End of the Rope”. I wanted to make a very simple short film about capturing a moment that two people are almost stuck at one place, not being able to move forward or backward. I wanted to portray a repetitive cycle in a relationship that is not healthy.

Barry Lyndon by Stanley Kubrick, The Fountain by Darren Aronofsky, The Illusionist by Neil Burger (mostly because of the soundtrack by Philip Glass)

I don’t know if they’re the ones I listened to the most, but these are the first that came to my mind.

I’m working on LOYA, a family drama with environmental themes. In a Turkish village threatened by a multinational gold mining company operated by her birth-father, Loya, a young storyteller facing a terminal cancer diagnosis, holds her family accountable for their choices. LOYA creates a dialogue about deforestation, climate emergency, eco-activism, and connections to the land. LOYA is selected to Whistler Film Festival Producers Lab for development and packaging. 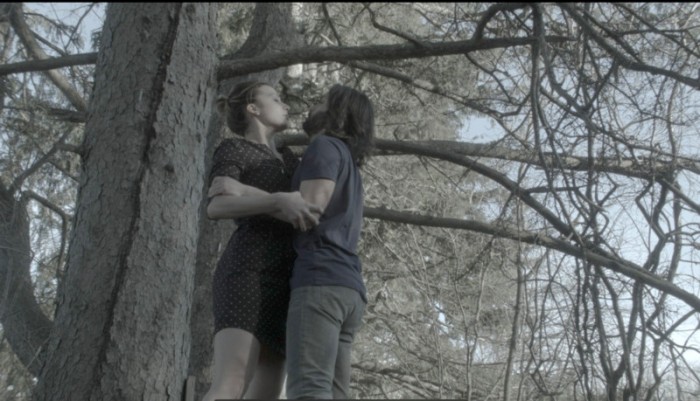