Debbie Vu: I went to my first fighting tournament back in 2013 and was so inspired by the sweat and energy each fighter puts into the ring. All those months and years of training laid out in the ring in brief 3-minute rounds. I wanted to juxtapose emotional and physical pain. This film shows the comparison of how emotional pain leaves scars that never go away while physical pain is fleeting and graceful in ways.

I wrote the first iteration back in 2013 and screened the final product for my team in early 2020 soooo it took me 7 years and dozens of people to go through the content and make their artistic contributions.

The biggest obstacle was funding. It is a constant reality for me in the filmmaking industry. I decided to put my savings into the project and I am in severe debt because of it! But it was all worth it. Also, I had to push the shoot dates twice! Because I didn’t have everything in place like the full cast until much later.

I was blown away from all the reactions. It was so comforting to hear this feedback because I am big on words of affirmation. Often with my imposter syndrome, I find it difficult to find confidence in my work when I do not have detailed feedback. I was awed that all the feedback was positive and I am so elated that I had the opportunity to move so many people. A lot of them nailed it with their interpretations of my work and interestingly enough, they told me things I didn’t even notice myself!

I grew up in an abusive household and after a punch to the jaw from my father, I realized that I should pursue learning how to fight and defend myself. So I took MMA in college and boxing and muay thai after I graduated and moved to Oakland, CA. With that particular gym, they suggested I come to a fighting tournament and that’s when it all clicked. I understood that I should fuse my visions as a fighter and as a filmmaker.

Honestly, I do not watch movies because I fall asleep quickly during the first act! A lot of movies take too much time with the exposition! I am more of a TV show kind of gal so my favorites include Game of Thrones, Bob’s Burgers, Rick and Morty, Schitt’s Creek, and Broad City. TV shows really emphasize character development and I am here for that!

I used to submit to withoutabox.com before they ended their services and it included an option to create IMDB pages for our projects so I do miss that aspect of submitting to film festivals. But I do like the organization of FilmFreeway’s website so it makes navigating through hundreds (maybe thousands!) of film festivals so much easier.

I am working on my first Vietnamese American film which is almost entirely based on my own relationship with my mother. We are going to film the first scene in August 2020 and we will use it to raise funding for the rest of the feature film which chronicles a mother-daughter relationship while they straddle between two very different cultures. A language barrier keeps them apart but the culture of cooking brings them together. I locked down my dream crew, dream cast, and dream location within 3 days after being accepted into a series of storytelling workshops that will provide a stipend upon completion. I’m writing and producing it for my mother who’s been battling breast cancer since 2017. I am determined to produce the entire feature film within 3 years to make sure my mother gets to see it. 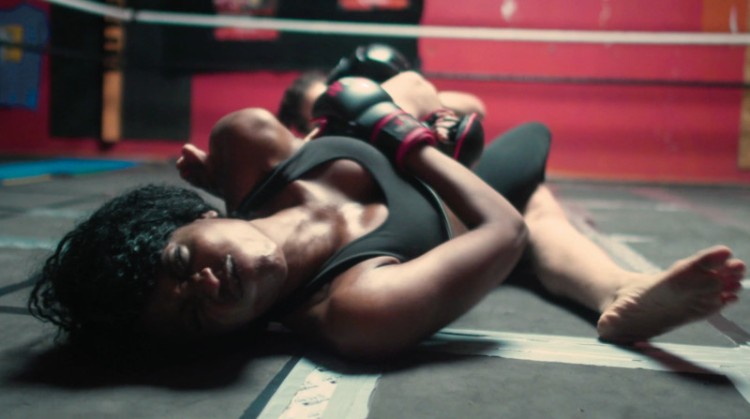