Skip to content
HomeInterview with Filmmaker Tim Owens (NO FILTER)

NO FILTER played to rave reviews at the May 2020 COMEDY Festival.

Tim Owens: This was an exercise to me as a filmmaker, expand on a funny or interesting idea and see if we can make it into a complete idea. The motivation really came from instagram – everyone posting #NoFilter pics – I could’t help but think that we’ve always had filters in real life when we drink too much.

On that plane ride (about 5 hrs) I wrote the story, thought about locations, and used the wifi to text 2 comedian friends of mine. We landed in NY around 11a, stopped by a prop shop for the HMU, called a local bar (that knows me way too well), and secured the actors. We shot it in my hotel room, and a bar that was on the corner of the street. We spent about 4 hrs shooting the entire film and edited it within a week.

We were in NY for an unrelated project, so the biggest obstacle was fitting in the one day shoot into our one day pre-pro – that was suppose to be the same day.

Love this. It was amazing to hear and see the feedback. That they got the simple joke and it made them laugh or smile. That’s all I really want with anything I make — to see that the audience was moved in some way. This was may favorite part of the entire process.

I was on a flight to NYC and laughing with one of my producers. We were headed there for an un-related project. We were talking about beer goggles and how funny It would be to make a short film about the after math of meeting someone in a bar. (We were way off topic to what we were suppose to be discussing). Quickly thereafter, No Filter was born.

I really like the process, its simple and easy to understand, easy to update and edit. I’m a fan.

Just one?? Well Spotify tells me my most played is Low-Fi Hip Hop, apparently I have too much stress in my life and need more chill music.

We’re going to continue making more short comedies here is our latest. It’s Therapeutic. But we are working on a feature length documentary following up and coming comedians in the Village (NYC). 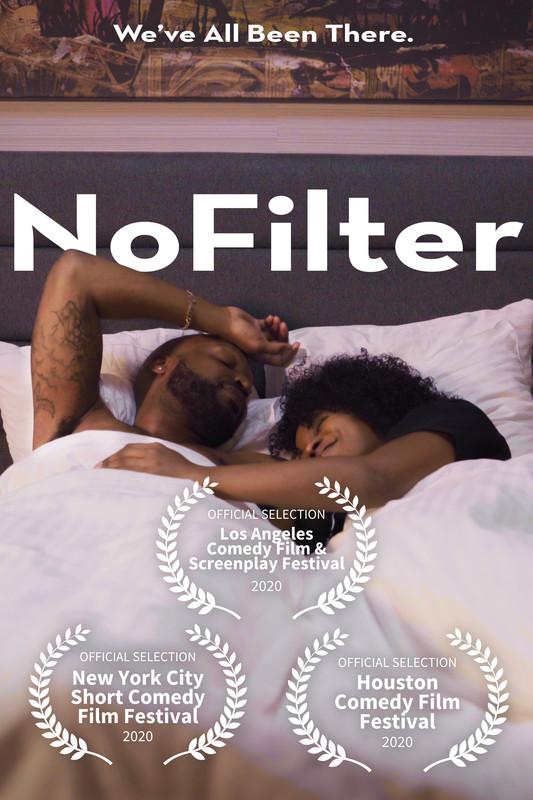 One thought on “Interview with Filmmaker Tim Owens (NO FILTER)”