TRISKELION was the winner of BEST SOUND & MUSIC at the May 2020 Experimental, Dance, Music Festival.

Stuart Birchall: I was initially planning to make a shorter more conceptual piece, a music based film that was more about themes rather than a more structured narrative. As I began developing the project I saw that I had an opportunity to explore the structuring of the three elements into a more confident idea with what I hope is a more interesting structure, maintaining the experimental spirit but sprinkling enough tropes and references in the design to keep an audience interested and on semi-familiar ground.

We shot the first sequences in 2016! But due to some delays and overlapping projects It wasn’t until 2019 that I had the full film in the can. The post process was roughly 3 months.

Because we shot most of the film in Thailand, the crew didn’t speak much English and I knew just a few words in Thai, this was a hurdle but by no means to the detriment of the film. The crew were exemplory.

It is such a gift to get a response from people who are passionate about film, indie film especially. Feedback is often daunting but really gives a boost to your confidence as the main function of the film for me is to engage and captivate. Personally I love to hear the various interpretations of the work, as I firmly believe we all take a unique and valid experience from all forms of art.

Its hard to be specific, I have a few practices that spark ideas, meditation and walking play a huge part, I tend to absorb books and films as I am planning and I have note pad filled with ideas and sketches so when an opportunity comes along to develop a project I often dive into that first and get the creative gears turning.

This film/s I have watched the most times in my life are probably: Apocalypse Now, 2001:Space Odyssey, The Assassination Of Jesse James, The Thin Red Line, There Will be Blood, Interstellar….

I have nothing but good things to say about Filmfreeway, much like other similar platforms It certainly helps indie filmmakers by saving a lot of valuable time on lengthy administration and chasing festival contacts.

I am currently developing two projects, both experimental genre hybrids in Horror and Sci-fi. 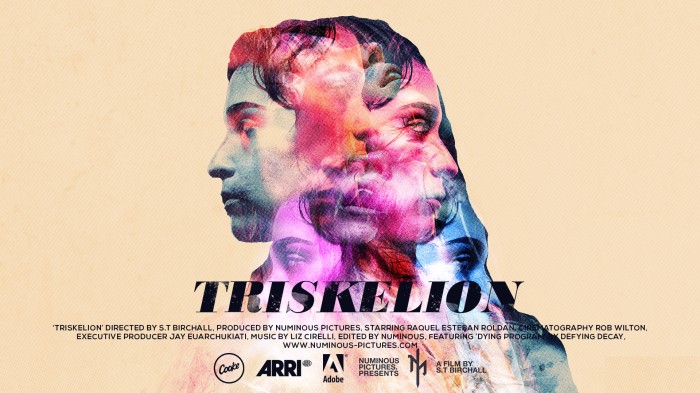 One thought on “Interview with Filmmaker Stuart Birchall (TRISKELION)”