WIDOW was the winner of BEST ACTION FILM at the May 2019 Action Film Festival in Toronto.

Rachel Econ: I grew up in Southern Arizona so it’s hard not to make a western when you have all that history in your backyard. My goal as a filmmaker has always been to create narratives with strong female characters at the helm, ready to face down whatever fate throws at them. I’ve always felt women in action/adventure movies always get the short of end of the stick. Our arcs are always learning to how to hold gun or learning to stand up for ourselves, when in reality those characters are already stronger and braver than they are given credit for. I figured what better place to start than with the male dominated western, a genre based on an era where you had to be pretty tough to survive.

It took about a year and a half from inception to finished product. It was about 6 months with writing and pre-production, then six days of shooting, and then another 6 months or so of post.

I’d say the biggest obstacle was getting the coverage we needed with only a few key crew members. We shot in Arizona but most of us we’re from Los Angeles. It gets expensive and complicated the more people you have travel so we had to be selective about who we brought and how many we could realistically needed. I’ve always felt that if we had a bigger crew we would have been able to really give the scenes the proper coverage that they needed.

I always get nervous whenever my film screens. I have so many things that I notice that I wish could’ve changed or done differently but that comes from watching the film a million times. It was great seeing people watching it with fresh eyes and just seeming to really enjoy it. It really gives you the warm and fuzzies knowing you’ve made something people enjoyed.

“Widow” is actually a proof of concept short for a feature I’ve been developing for some time. I’ve always been in love with The Dollars Trilogy by Sergio Leone. I thought it might be interesting to depict the life of a ‘Woman of No Name’, a female outlaw trying to survive and navigate a world that’s not friendly to her. What would her life be like? Would she fall in love and with who? Would she ever be able to leave that life behind? The story just sorta flowed from there.

It’s nice! It makes the whole process easy and gives you access to a lot of festivals you may not know about! You can also see reviews which really helps you find out what festivals are really worth submitting to!

Love Me Two Times by The Doors. My dad is a big Classic Rock buff so I grew up with the Doors playing on the way to school. I still love just about everything they ever made.

I’m working on developing my next project, which is another proof of concept for a horror feature I’ve written! As well as trying to get the feature version of “Widow” off the ground. I’m hoping to start production in late 2020! 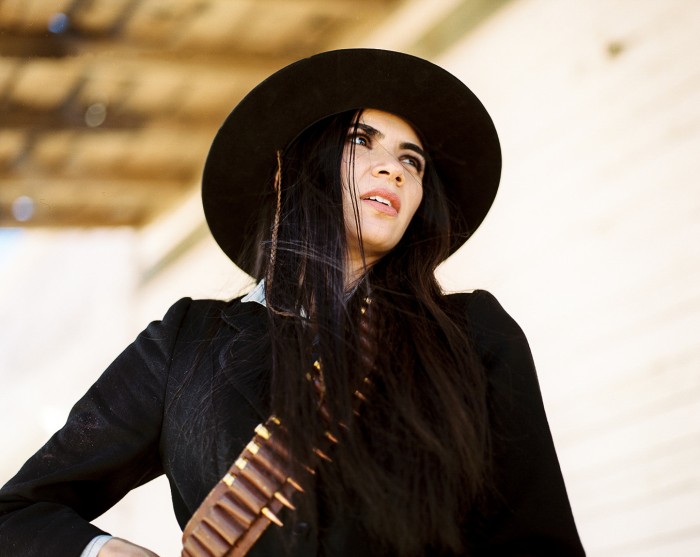 One thought on “Interview with Filmmaker Rachel Econ (WIDOW)”