Skip to content
HomeInterview with Filmmaker Daniel Montoya (HIM)

Daniel Montoya: Our original intent, when we started the process of making this film, was to show that being a transgender individual is just as normal as being cisgender. The film’s concept evolved over time to focus on Ethan’s advocacy for LGBTQ rights. We filmed at different events in Dallas and in Austin centered around the fight over SB6, aka the “Bathroom Bill” proposed by different members of the Texas House of Representatives.

Something that really motivated me, was seeing the injustice and lack of common sense in the proposed law. It’s crazy how the basic human need to use a bathroom could become so divisive and create so much controversy in Texas.

At the same time, I saw how Ethan was putting himself out there, sometimes with others but many other times, just by himself, and this is very dangerous. There are many crimes committed against transgender people every day and most of these crimes go unnoticed due to bias and hate.

It took me about a year to create the whole piece.

Perhaps the most difficult part was deciding what to include and what to exclude in the editing room. Distilling all the raw footage and interviews is challenging; you have to stay on point with your message and the specific clips used in the final edit of the film.

Oh wow, they GOT IT! Loved the discussion! I feel that the audience was really open and I’m glad that our short film can serve as a reflection in Canada as well. Even though this is a Texas story, the issues presented are worldwide issues for the LGBTQ community. It was great that the feedback was captured, a lot of times, there isn’t much opportunity for filmmakers to see these moments. Thank you!

I reached out to Ethan, because I wanted to make a story that could create awareness about the lives of transgender people.

Growing up in Colombia, the tv channels we had were limited, so I watched a lot of movies on tv. One movie that played on Colombian channels many times was “Big Trouble in Little China.”

I think it’s great. I hope that it doesn’t go the same way as Withoutabox, because platforms like this makes it very easy for filmmakers to reach out to film festivals.

I really like the acoustic version of “Fell on Black Days” by Chris Cornell and “Gave Up” by NIN.

Definitely! I’m focusing now on a narrative fiction film about a group of people seeking happiness in their own way. 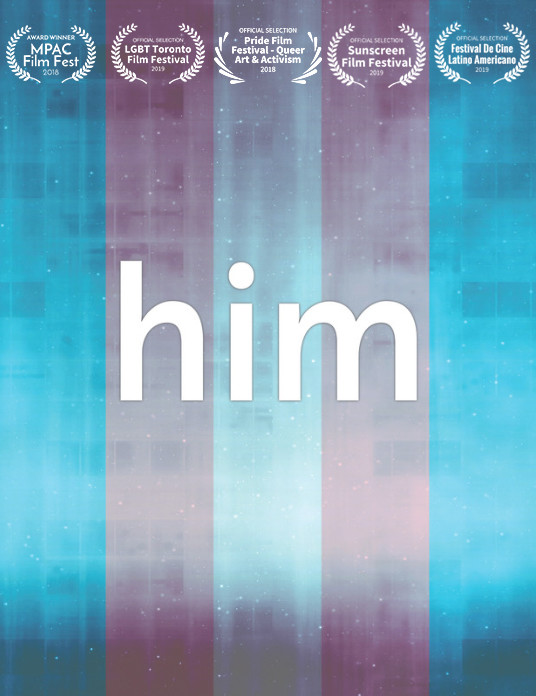 One thought on “Interview with Filmmaker Daniel Montoya (HIM)”