THE SECRET LIVES OF TEACHERS played to rave reviews at the February 2019 ROMANCE Festival in Toronto.

Steve Anderson: I was a high school history teacher and I wanted to make a short film about my years of teaching. I was lucky enough to retire early because of a teacher buyout the district was offering but there were a few older teachers who didn’t want to leave. The school was their domain and life. The teacher who worked next door to me was a civil war enthusiast and she spent 3/4th of the US history curriculum on the civil war and summarized all the rest of the wars and historical events into one month. She also loved loved men in uniform and went to the civil war re-enactment at Gettysburg every year. I also knew so many older single women who had given up on ever having a partner and/or romantic relationship.

My co-writer and co-producer Aaron Seever and I had made a number of short films but never had the chance to work on one together. So Secret Lives was our collaboration. We had taken years of acting classes and workshops together in Phoenix and Los Angeles.

Our budget was the biggest obstacle. It was always ready to explode and we had to keep reining it back.

Also finding locations within our budget.

I loved how the audience clued in to middle-aged people falling in love. Bodies get old but the spirit in the bodies remains the same and despite outside appearances to young people always retains the desire to be cherished, seen and loved.

From my years of teaching high school history and from my teacher friend who loved the civil war and men in uniform and from my own desire to find romance and love despite my
quirky nature.

I really like FilmFreeway. They have been so cooperative. A couple of times I prematurely sent in a submission only to discover my film did not qualify because of geographical location or date it was made and they reimbursed my money.

Or if anyone wants to cast me as an actor in a film playing a blue collar character that would be great!!!!! 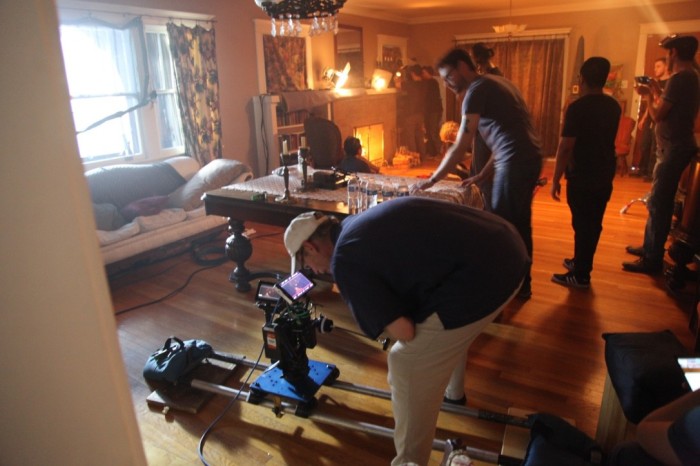