HINDSIGHT was the winner of BEST CINEMATOGRAPHY at the February 2019 ROMANCE Film Festival in Toronto.

Michael Davis: What motivated me was getting the opportunity to tell a story that plays backward. I also thought it was a really interesting character study on people and relationships. It seemed like a unique and exciting challenge. I had never done anything like it before, and I hadn’t seen many things like it.

It was a long process from when the idea first came up to its completion.
I pitched this idea to my film school, but it was rejected. Several months passed and after my production team wrapped the second season of our web series, TGC, I decided I wanted to make it on my own. Once that decision was made production and post-production were wrapped up in about a month.

3. How would you describe your short film in two words?

The most significant obstacle was figuring out the technical aspects of the film playing in reverse. I knew that was happening going in, so I had to break the story down backward as well as forwards. We had to plan the fighting very carefully knowing it would play backward. It was like constructing a dance, and I wanted to make sure the story and motives were slowly revealed.
Then in post-production, I had to edit the film forwards to make sure it played out in real time, then reverse it. It was an odd challenge and a completely unique experience.

I was a bit anxious before I pressed play, but it is also a really enthralling experience and a privilege. There is so much you can learn with audience reaction and interaction.

I loved watching the reactions and hearing the feedback. It’s exciting and gratifying when you spend a long time trying to highlight certain points, and the audience and announcer pick up on them.

It was also great that people liked the credits with the balloons. That was a late idea I came up with while editing.

This was certainly one of the best parts of this experience.

I had a random idea of a couple fighting in reverse. I thought it would create a weird hypnotic dance. My initial premise was about an engagement gone wrong. But once Meganne Kocher got involved we started talking about a lot of things we could do with the premise.

That is a tough question to answer. I’m a huge film geek and own way too many movies. But a film I have seen several times and know I will keep watching forever is Park Chan-wook’s Stoker.

The cinematography is breathtaking. Every single shot is like an oil painting come to life. The story is filled with symbolism and every time I watch it I pick up on a new layer I hadn’t noticed before. It’s such a sinister and beautifully constructed film.

FilmFreeway is a fantastic platform for independent filmmakers. The whole trajectory of my career changed with FilmFreeway, and it allows me access to so many great opportunities. During our three days of principal photography, I would have never imagined that I would be answering questions, getting feedback, or even dreamed that the film would win awards. I highly recommend fellow filmmakers check it out.

I love music, but I don’t think it would be a song, and it wouldn’t just be one. I have an extreme amount of trailer tracks on my iPod. If a trailer I like comes out, I will download the track and listen to it on repeat all day long. Listening to trailer tracks have helped inspire me and sometimes help me come up with ideas for films or plots. I also listen to a lot of film scores.

I have been working on several new exciting projects.

For the last year, our team has been working on the third season of our anthology web series “The Grimoire Chapters”. Season 3 is subtitled Rem and is focused on nightmares and sleep disorders. It has two timelines in the 1960’s and 1980s. This season has won over 50 awards, we are all incredibly proud of our success. Episodes 1 – 5 of TGC:Rem are now online, the final episodes are in production.

I also just finished a single person crew horror short called “Identity Theft”. I wanted to see what I could accomplish with just myself and my camera. The film has been submitted to two festivals so far and won Best Short Film from both, which has been extremely exciting.

If you enjoyed “Hindsight”, “Lock Your Doors” is an award-winning horror short that was finished a few months after Hindsight. It also stars Meganne Kocher and Ronnie Daily.

And Hindsight 2 (working title) is still in the works. 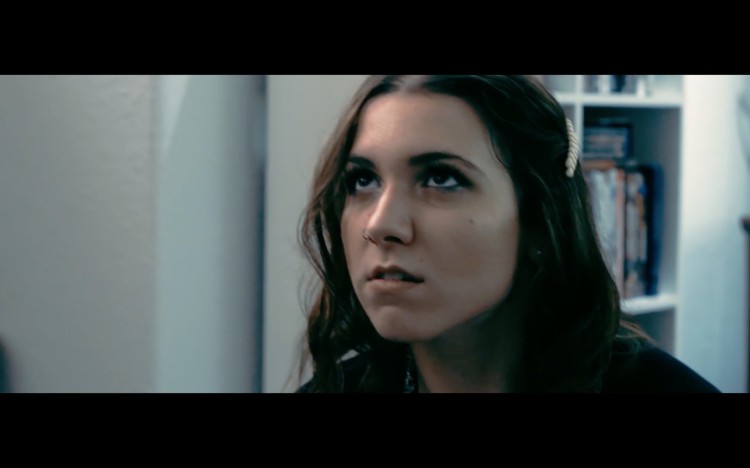