01 was the winner of BEST FILM at the June 2018 Animation FEEDBACK Film Festival in Toronto.

Julian Friedrich: “01” is the first film out of the Shortfilm label “Second Truth” in which Artists, film makers, musicians and journalists from all over the world are grappling with the social and political issues of our time. The resulting music videos (Melts) do not include any words and are a mixture of music clips and short films.

2. From the idea to the finished product, how long did it take for you
to make this short?

Nearly 1,5 Years. When Katharina and I decided to make a film in 2015, the refugee crisis in Europe was at its peak. Katharina is an extraordinary illustrator. Her paintings are simple, have a child-like line. But each line is exactly where it should be. It was hard to find the technique to keep the elegiac, the calmness in them.

We spent half a year researching, interviewing and viewing material. The more we were immersed in the cosmos of refugees, we understood how naive and small we had initially thought. All our first ideas were far behind reality.

Stories I’ll never forget are f.e. about a woman who could no longer open doors because after relatives visit her the relatives were killed by a bomb in front of her house. After this incident she was afraid that if she closes a door, everything will be gone behind it. I will never forget the interview with an 18-year-old boy who was the only survivor of a refugee boat full of children of his age. He was with his brother. His voice was so fragile. People are shot dead by locals on a stage in the mountains. Just like that, someone next to you falls to the floor. Dead.

We wanted to show all of it with best intentions, but we understood if we really integrated everything, people would turn off. You can’ t stand it or even worse, think it is an exaggeration. That’s why we’ve focused on the emotional world. We, as audience, may not share the experiences, but we share their feelings. And we focused on them. With the music, with the fantastic pictures of Katharina.

Our own point of view.

5. What were your initial reactions when watching the audience talking
about your film in the feedback video?

I bit my foot (not instantly). We were very touched by this. We are amazed and delighted that people on the other side of the globe are thinking about the same questions. We really are a global village and should work together as human beings.

There are 68 million people on the run out there. Out of poverty or danger of death. We can’t build fences around everything, it’s physically impossible. If we send them away, we just move the problem to somewhere else. The causes do not disappear. Unless we, the Western world, its way of life and ignorance, which is the origin of this escape, do not change. We have either ignored these people or exploited them economically. Our standard of living is built on poverty. That’s how our world works. No one turns his back on his home country out of fun. We have to change, not them.

If a person cannot live a life worth living in the place, then it is his human right to seek an opportunity. We’ve been all refugees once and maybe we become again sooner than we think. Think about climate change.

68 Million! In 2018, more than 1000 people drowned in the Mediterranean. In view of these numbers, there is no point in continuing to rely on an inefficient, inhumane policy of isolation. Whether more wallets are stolen or not in Berlin, New York or Tokyo is irrelevant in comparison to accepting that people lose their lives. We need institutions that control these flight movements and give people chances. Everything else is political stupidity. If we do this wisely, we all benefit.

We still have too little understanding and empathy for these processes. Art must begin to address these problems.

8. You submitted to the festival via FilmFreeway, what are you feelings
of the submission platform from a filmmaker’s perspective?

“Second Truth” is currently producing “02” with a wonderful Painter Alex Divisenko about the War in Ukraine and it’s fruits in the social medias. We cooperate with the national Puppet theatre of Kiev for “03” about hate. We work with a Syrian dance company “Sham” for “04” a dance through Rom. We work with a talented film maker Peter Drenzin on a half documentary about a homeless person in “05”.

The people who publish Melts (second truth Shortfilm) under “Second Truth” want to expand our horizons – to offer us an alternative. A second truth. Keep in touch about the latest news and listen or download the songs http://www.second-truth.com or support us with your friendship https://www.facebook.com/secondtruthinitiative/ . Thank you! 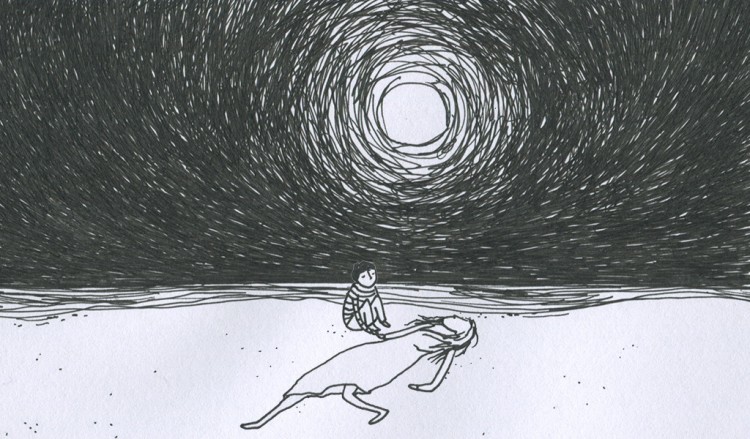