BREAKER played to rave reviews at the February 2018 Fantasy/Sci-Fi Festival in Toronto.

BREAKER is my first attempt at expressing some of the great potential contained in Japan for cinema within the genre, and contains references to many of my favorite Cyberpunk works ranging from film / literature / anime and beyond!

We shot the film in just two frenetic days, with most of my small crew bunking together in a love-hotel overnight! From pre-production to completed film the process took less than a year altogether. With all the shooting done in Tokyo, and the post-production done in Montreal.

The film was pure indie, a skeleton crew working with no time and limited resources.

With no assistant director on set or production manager behind the scenes I was responsible for all the planning going in, which isn’t my forte so it was a challenge (especially since I was also taking care of building the props and organizing the art direction simultaneously)

I was BLOWN AWAY by many of the comments!

For instance the first gentleman who figured out the meaning of ‘URK’ in the script, wish I could give him a high-five! The comments were mostly very heartwarming and I was touched by how keenly the audience watched my film.

Watch the Audience FEEDBACK of the Short Film:

For BREAKER I sought to make a film with a storyline that would be accessible to viewers who haven’t been down the Cyberpunk rabbit hole too deeply before, while showing Tokyo’s potential for the aesthetic with very little VFX manipulation, balancing fresh ideas and visuals with a sprinkle of references to some classics.

Princess Mononoke
Gets better with every single viewing.

It’s AMAZING, submissions are easier than ever before.
I remember sending out my first shorts through DVDs in the mail, it was a struggle in comparison!

I’d say the album ‘The book of secrets’ by Loreena McKennitt is one I find myself returning to endlessly over the years.

On the note of music I’d like to add: to all you filmmakers out there looking for fresh sounds for your films- look for up and coming artists on ‘Soundcloud’! There is SO MUCH talent out there waiting to be heard, and as indie filmmakers we can all benefit from collaborating. ALL the music in BREAKER was from artists I reached out to through Soundcloud, so don’t be shy and contact artists whose music you discover there!

I am currently working on my first feature film. The genre is very different from BREAKER, but it will similarly shine a spotlight on the incredible richness of Tokyo subcultures! 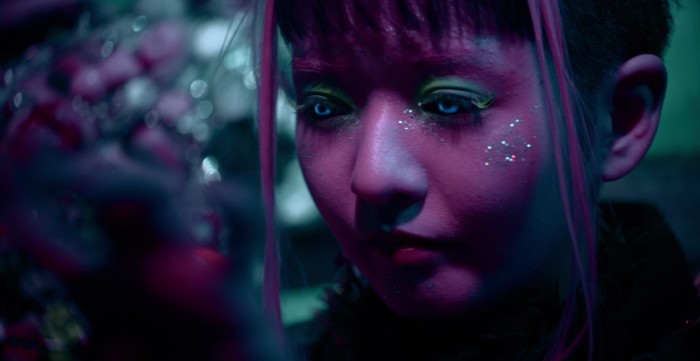