Gilde has been in the business for over 20 years and has over 80 credits to his name. It was an honor to interview the extremely talented musician and composer:

Matthew Toffolo: Where were you born and raised? Was music something you always wanted to do as your career?

Gilde Flores: I was born and raised in Hereford, Texas. Music was something I’ve always loved and occasionally dabbled in some with a few instruments, but saw no future in. That was up until the age of 14 when my father decided to recruit me into his band. I tried desperately to play awful, in hopes of being booted, but found myself advancing to other instruments. In time, I grew into having this love for music, which eventually led to me play/touring the US with various bands in various genres.

My proudest work would definitely be the time a music cue of mine was used in scene for Marvels, The Wolverine. Being a geek, this was instantly a highlight for my career, and I personally consider so…..for now.

You’ve been credited as being a “Composer: Additional Music” on many films. Explain exactly what that means?

A composer for additional music basically accounts for work from someone who’s not the hired/lead composer of the project, similar to taking the role of an assistant Composer. In the TV realm, it identifies as any of my music that is used aside from the main themes or recurring music. I’ve had the honor of working on many projects in this manner, especially when first starting out, which helped earn the credits I’ve received, in turn, opening many door and countless opportunities.

What are you generally looking for in a director in terms of guidance and tone for your music?

What I look for in a director is their ability to give me as much info as they possibly can about their vision. From the emotions of the characters, the emotions that can’t easily be seen by the viewers. I really love to get the full in depth of what the director is trying to portray from the inside out and help being that to life, especially the intangible elements.

What do you think a producer/director is looking for when they bring on their composer to score the film?

I really feel the producer/director is looking for the composer help them tell their story, or to fill in the gaps of what can’t easily be seen. They want the audience to capture/feel the full experience of what’s being put out in front of them, and music can move them in a way that perfectly pairs with what they are witnessing, or guides their imaginations to possibilities and uncertainty.

What is your passion in life besides music?

My passion in life besides music would simply be life and all its experiences. I try to stay passionate with every little thing that makes sense to in life. it’s how I tend to stay on the creative side and always looking for new colors to add to my palette. I know that’s a bit vague, so I would say family and helping others. Family, because they are the ones who cheer my on and help pick me up through this long journey, and helping others, that’s something I’ve always gravitated to, mostly due to my academic studies a few years back at Texas Tech University in Lubbock Texas where I studied to become a counselor; however music pulled me in a completely opposite amazing adventure.

What movie have you watched the most times in your life?

The movie I watched the most times in my life would be extremely hard to try and identify. Being a huge fan of comics, video games, and exploring into different genres, I’ve watched so many titles over and over again; especially in my traveling days. To maybe narrow it down, one of my favorites I tend to watch anytime it’s on, aside from the original Star Wars trilogy, would be the first Matrix; mainly because at the time it was released it completely blew my mind. I remember seeing it in the theater and was so impressed with the visuals, the pacing, the cinematography, storytelling, just everything, that it imprinted on me till this day.

What advice do you have for young musicians who would eventually like to compose movies for a living?

The advice I would give to any young musicians who want to eventually compose movies is to be PATIENT, always work on your skill set/stay teachable, have an amazing work ethic, have consistency, have respect, and learn how to take a “no/pass on your work.

This career, in my experience, is something that takes much time and lots of patience to pursue, and being that passion is usually poured in at some point, if one doesn’t know how to filter a “pass up” on their work, it can really devastate and discourage one moving forward. There are plenty more “no’s” than “yes’s” we all get on projects, and learning to understand that the pass up on one’s work usually comes from the music being submitted does not fit the project, not necessarily meaning it’s bad/horrible. Just feed the passion, knock down the self made barriers, and stay focused and it will eventually happen. 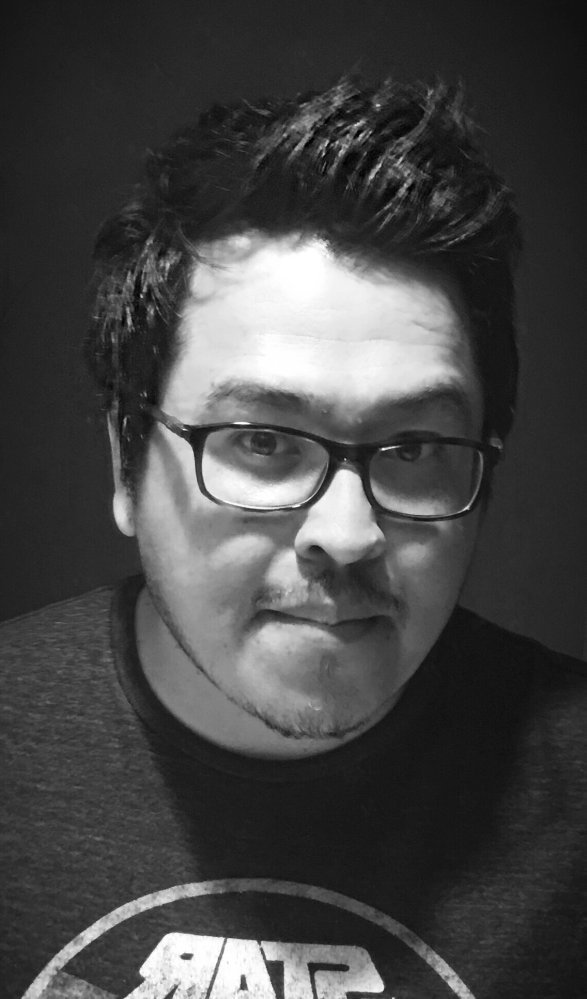