This is one of those films that needs and deserves multiple views as there is so much going on. I felt the audience feedback video didn’t truly do this film’s justice as people were just taking in what was happening. When the filmmaker puts the film online, I will definitely go out of my way to help promote it as I feel millions of people will love this film.

Patrick Jenkins: The film came about from drawings I made in my sketchbooks. The idea was to explore the lives of 4 different people living in a big city with elements of surrealism and magic realism.

MT: From the idea to the finished product, how long did it take for you to make this film?

MT: How would you describe your short film in two words!?

PJ: The Paint on Glass animation technique I use to make my films is very demanding, so I have to have lots of personal drive and determination to keep going until the film is finished.

MT: What were your initial reactions when watching the Toronto audience talking about your film in the feedback video?

PJ: I was pleased to have my film shown to the audience.

Watch the Audience FEEDBACK Video of the Film:

PJ: The film is based on daily sketchbook drawings I have been doing for the past 8 years. The story was improvised during the shooting process.

MT: What film have you seen the most in your life?

PJ: It’s hard to answer that question. My favourite film, or the film I’ve seen the most, changes with every passing year. I like all types of film: narratives, animated films, and documentaries. I like to watch a wide range of different films.

PJ: I am currently finishing an abstract animated film called “Emanations: A Visual Poem”. It’s in post production and will be finished mid-January 2017. 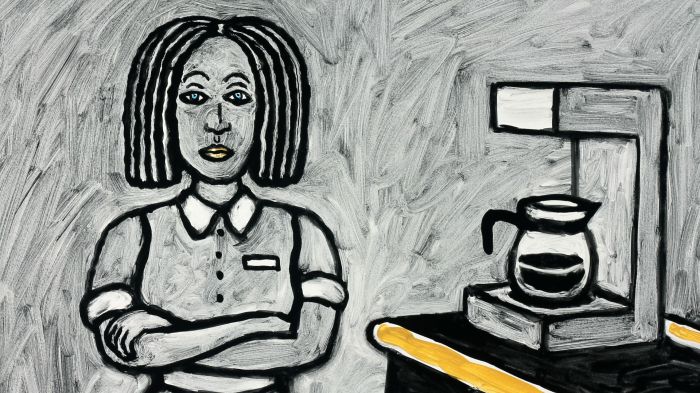