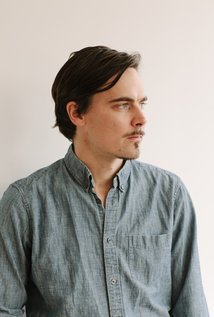 “I am Heath Ledger” is a terrific documentary about the life of the talented actor and artist who left us way too early. It’s told through interviews of his good friends,  interspersed with Heath’s own home videos.

It was an honor to chat with the co-director of the film on the phone. The film is already a giant success and a must see for any fan of artistry in general.

Matthew Toffolo: What brought you to this project?

Adrian Buitenhuis: The company I work for, Network Entertainment, has already done a series of “I am” projects. Chris Farley, Steve McQueen etc… Heath was one they were thinking of doing for awhile.

I was working on another project in Columbia (Pablo Escobar) and they called me asking if I was interested in the project. I immediately was intrigued because his memory isn’t necessarily about his work and creativity from the mainstream point of view. So I thought it would be a great opportunity to do a story about who Heath really was.

In developing the project, we wanted to focus him as a creator: Actor, filmmaker, photographer.

It is definitely a very positive portrayal. You did not venture into the scandalous aspect of his death.

The “I am” template and format is about who these creators are and what motivates them.

Don’t quote me on this but I think that the week after he died, there was over 30,000 stories written about him that talked about why he died. Almost all without any facts whatsoever. People were fascinated by him, his life and career.

I wanted to tell people that an accident happened, he made a mistake and it cost him his life. And that he was in a great place in his life and was in a positive state and the last thing he wanted was what happened to him.

For this film, we didn’t want to spend too much time on the way he died. And there are critics who will say that we should have spent more time on that. There was so much more to talk about in terms of his persona, his life, and his career.

Did you try to get Michelle Williams to appear as an interview subject in the film (his ex and mother of his daughter)?

Yeah. We reached out to her of course. She didn’t want to do an interview. For me, it did make sense. Heath was an incredibly private person. He never liked to do interviews. He thought of himself as a creator, a magician. Not a celebrity.

So for her I respect it. She has a daily reminder of Heath in her daughter. She supported the project and gave her blessing. She thought it was important to do a story on his life. She does have a voice in the film, just not as an interview subject.

Of course as a filmmaker, I want to interview the main subjects. That’s what I love to do, interview people, but I respect her decision.

Were you a big part of conducting the interviews in the film with your co-director Derik Murray?

I conducted all of the interviews except for the Ang Lee interview as my co-director Derik Murray did that one. He was also present for all the family interviews in Perth. I wrote all the questions for the interviews, but consulted Derik and Hart Snider (the writer) on them.

Yes, we got a lot out of Trevor. At first he didn’t want to be interviewed either as the film is also a story of his life too. It took a lot of convincing. Now Trevor and I are good friends as we developed a strong bond doing this film.

How much time did you have with your interview subjects (Naomi Watts, Ang Lee, Djimon Hounsou, Ben Mendelsohn to name a few)?

Anywhere between 45 minutes to 3 ½ hours.

It usually takes awhile to get the subjects comfortable. Make them forget that there is a camera?

Where did you get all of the terrific Heath Ledger home videos that were presented throughout the film?

Trevor supplied a lot of them. After we gained trust with one another, he gave us a whole bunch to sort through.

There was a lot of artistic choices made in the home videos that segue to the next arc of the story. The one that stands out is Heath holding the camera in the air as he spins around the room. It really defines who this guy was?

The spinning is really hard to do well. It takes a lot of skill. He was collecting those shots. We were looking for ways to jump cut his home videos to the films he acted in to show the parallel of him working on the character and then him as the character in the film. He was one of those rare actors who liked to watch the dailies and his takes during filming because that’s what he was doing in his home videos preparing for the film. 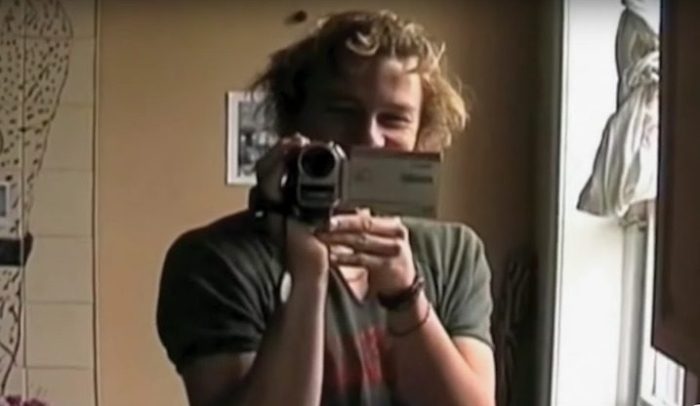 There are so many examples of these artists who die at 27, or 28 in Heath’s case. It’s almost like they burn out creatively. They do way too much too soon. Jim Morrison, Jimi Hendrix, Kurt Cobain, Amy Winehouse. Did Heath get too successful to quickly for his own good?

Heath certainly burned bright. He was an insomniac and wanted to get a lot done. If you want to get spiritual, 27 is the age of Aquarius. Where the first half of our life is completed and we go back to the beginning.

Heath’s next step was becoming a director. And he was well on his way in doing that.

You spent a lot of time on this human being and after doing this film you have a deep emotional attachment to him. It comes out in your answers. If you remove the emotion, this is a guy who just completed a masterful performance in being the “Joker” in “The Dark Knight”. So he hits his peak as an artist collaborating with an extremely talented filmmaker (Christopher Nolan). It’s hard seeing him hit that peak again. It’s a symbolic way to die.

Heath knew how good he was in that film. I think at Heath’s core he wasn’t into violence. And Batman wasn’t the type of film he was generally into. I think he hit his peak on that level, but when you see this film you realize that he was into a whole lot more. I think he was capable of a lot more.

From a villain character standpoint, Heath hit his peak. He was going to venture into more interesting roles and stories as an actor and filmmaker. And his relationship with Chris Nolan wasn’t done. They were going to do more projects together.

There were so many beautiful people in his life. There was a lot more to him than being an actor.

Would you like his daughter to eventually watch this film?

Absolutely. It’s one of the ways that she can learn how great her father was. She’s going to be a very creative person herself.

In a lot of ways this is movie about friendship. That’s the true theme of this story.

Definitely. Heath kept the same friends around his entire life. He made everyone in his life special. Heath was a very good friend. Being famous didn’t get in the way of him being that.

What film have you seen the most times in your life?

In my kid stage, I’d say “Goonies” and “Ferris Bueller’s Day Off”

In my adult stage, “Blow Up” and “The Godfather” and “Apocalypse Now”.

Yes. Then today I’d say I like all of Bennett Miller’s films (Capote, Foxcatcher) and seen them a bunch of times

10 minutes after we hung up the phone. Adrian texted me:

I forget to add PT Anderson. “Boogie Nights” I have seen a bunch of times. And “There Will Be Blood” is also a personal favorite.

____
Interviewer Matthew Toffolo is currently the CEO of the WILDsound FEEDBACK Film & Writing Festival. The festival that showcases 10-20 screenplay and story readings performed by professional actors every month. And the FEEDBACK Monthly Festival held in downtown Toronto twice a month, and every other month in Los Angeles. Go to www.wildsound.ca for more information and to submit your work to the festival.