TIME AT WOODPINE played to rave reviews at the April 2020 Female Film Festival.

Hannah de Groot: I really leaned into the collaborative process, with my cast and crew motivating me with their fresh perspectives, creativity, and hard work whenever I felt discouraged. Because this was my senior thesis, I knew that this film would be seen as the culmination of my college career, and that the opportunity to make it was a fleeting privilege and a gift.

I have lupus, a disease which can be unpredictable and debilitating at times. Balancing my health with the rigors of helming a film project wasn’t easy. I had to learn how to adapt, communicate my needs, push through adversity, and know my limits. There’s an image of “Director” people have in their heads: a man with boundless energy and a loud voice, who barely sleeps or eats, working day in and day out for his film at 150%. I had to let go of that image because that wasn’t ever going to be me. I was a young chronically ill woman who spoke softly but self-assuredly, made sure there was always fruit and veggies at crafty, worked through most of pre-production lying in bed, and needed a really strong support system in place to complete this film. But I did it! And compared to lupus, filmmaking hiccups really didn’t seem so bad.

A few weeks before filming began, right before we started building our boarding school set on the sound stage, I got a call that my production designer had been in a bad car accident. She was in the hospital and in a neck brace, and would not be able to do the heavy lifting for our set build as planned. I wasn’t angry nor was I phased. My lupus had given me the empathy, resilience, and problem solving ability to deal with the Murphy’s law of filmmaking: “What can go wrong, will go wrong.” It took many late nights on the sound stage with the crew, a few tears shed, and the construction expertise of our family members. But even after the accident that could have derailed production, my production designer and I were still able to build the bedroom set of our dreams and bring our boarding school vision to life!

I got emotional hearing firsthand how people resonated with my film. I thought back to when I was first developing Time at Woodpine in school, sending my script to the thesis committee over and over and facing a lot of rejection. I was so worried that nobody would ever “get” it. I want to go back and tell that girl everything will work out! I also really appreciate the specificity and thoughtfulness of the critiques. Thank you all so much for taking the time to give feedback and put this together even during the COVID-19 pandemic. I will definitely forever cherish this feedback and recommend this film festival to my fellow filmmakers.

I knew I wanted my thesis to draw from my years at Phillip’s Academy Andover, a boarding school in Massachusetts, which were transformative for me. I also knew I wanted to make a film that explored how Big World Events effect people, and girls in particular, when they’re coming of age. And how those events have the ability to bring us closer together. I had observed that phenomenon with Osama bin Laden’s death, President Obama’s inauguration, the 2009 Recession, Swine Flu, and the Arab Spring during my own teenage years at Andover. But I also wanted some distance between me and the characters. So I decided to make my film a period piece and set it at a fictional all girls’ boarding school in 2001 with 9/11, a day that starkly changed a generation, as the event.

8. You submitted to the festival via FilmFreeway, what are your feelings on the submission platform from a filmmaker’s perspective?

I love how we can submit to many festivals around the world with the click of a button. FilmFreeway makes you feel like anything can happen with that click. But it can also feel a bit like you’re applying to colleges without a college counselor or shooting in the dark. When on a budget, it’s especially important to submit thoughtfully and I wish we had a little more guidance on which festivals would be good fits for our films before hitting send.

All These Things I’ve Done by the Killers

I took a short break from filmmaking to focus on my health as I underwent chemotherapy treatment for my lupus. But I’m eager to return to it when I can! Currently I am working on a novelization of Time at Woodpine and hope to expand the story into a full length film or television series one day. 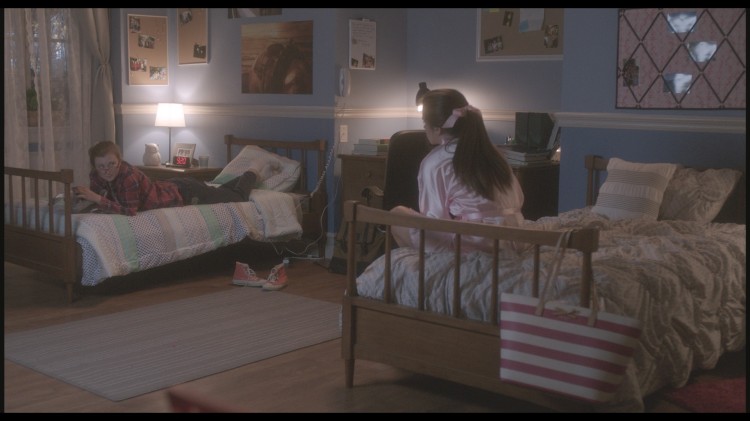