Skip to content
HomeInterview with Filmmaker Harrison Lane (THE GHOULIES)

THE GHOULIES was the winner of BEST FILM at the August 2018 STUDENT & YOUNG FILMMAKERS FEEDBACK Film Festival.

Harrison Lane: What inspired me to make this film was the relationship i had with my own older brother, the film actually went through multiple different iterations, all of them centred around the relationship between two siblings and the neglect they once experienced being patched. At one point it was even a full fledged horror film with a polar opposite style and story. But decided i wanted to go into a more realistic and simple direction. I was motivated to make something entertaining that a lot of people could take something from and reflect with.

It was for uni so we were assessed on the writing, so i’d say it took around a month or two to cycle through all the different versions of this story, once i had it nailed down i spent a couple of weeks polishing it so it was as precise and direct i could make it, it was only allowed to be 5 minutes and i really wanted to tell a satisfying arc in that time. I spent a few weeks before we shot finding the locations and all the denim jackets so they could be painted and then we shot the whole thing in two days. It was a blast.

It’s odd, this film was an absolute joy to create from the get go, I enjoyed basically every aspect. I guess the hardest experience was locking down the script, i can’t stress how much it changed. But i feel like every version added to something incredibly layered for the final version.

It was bizarre, I had to pause and finish watching in the morning because it was so surreal. It’s so strange watching people you have no connection to picking apart something you spent months to create. All the feedback was great and so affirming that i was successful in telling this arc and not being too dramatic and getting the performances as good as i could get them. After the initial strangeness of it, it was brilliant to watch.

I do a lot of reminiscing on my own upbringing and a lot of that time as a i was looking up to my older brother and his friends. Wanting to be around them and fit in with a crowd much too old for me, but really it was because i aspired to be like my brother. I got picked on by that group a bit but my older brother had my back and i could tell he really cared about me.

Far out, that’s hard. I definitely reckon it’s The Sandlot though. I used to watch it on repeat and i can quote the whole film to this day. It’s got such a nice feeling to it.

I think it’s great, It’s super easy to find new festivals that your film could qualify for.

I am an absolute music fanatic, this is difficult, i cycle through a lot of different artists depending on my taste at any period, but i reckon one artist who will stay with me forever is Sufjan Stevens. His storytelling is so inline with my vibe. My favourite song of his is Djoharia.

I am approximately 13 days from shooting my graduate film at the VCA. I am very stressed and it’s a much bigger production then any i’ve tackled previously. I reckon it’s going to be really special and meaningful for me. So i’m excited. 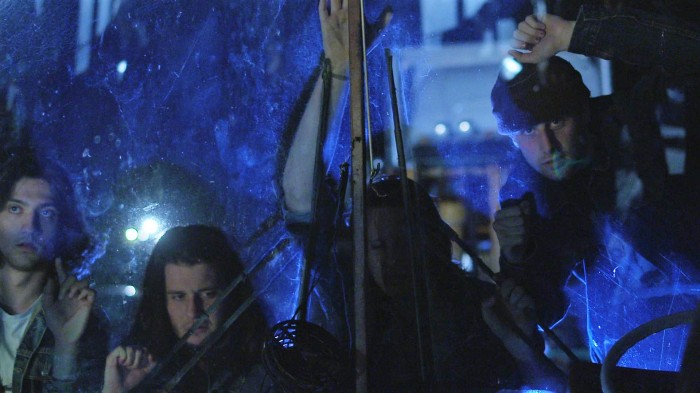 3 thoughts on “Interview with Filmmaker Harrison Lane (THE GHOULIES)”