STREAM OF DOUBTS played to rave reviews at the June 2018 European FEEDBACK Film Festival. It is by far the most trippy film that ever played at the festival – with a shocking twist that blows your mind!

Joseph Catte: Writing and directing are my two main passions, which take an important place in my life. I don’t need any specific motivation to start a movie. I just had a good story in my head and a time slot in my agenda! It’s not so much that I had a burning need to tell this story in particular. Above all, it’s a matter of momentum and desire to create. I just needed to get my hands dirty again!

I started writing the script in November 2014, I shot it in March 2015 and finished it in October 2015. The project was almost spread over a full year, knowing that I was working as a VFX artist on the side and that I couldn’t fully devote myself to it.

Stream of Doubts is a metaphysical drama with fantasy elements. It explores our relationship with reality and thus with our free will.

My main challenge was to treat my subject with great sincerity, even if it seems pretentious to some people. I always injected a lot of humor in my short films and I was afraid to look ridiculous by avoiding this big layer of irony. Whether you find the result touching or simplistic, it was a new goal that I’m proud to have achieved.

Initially, I was very afraid of the audience’s reaction to my film on the other side of the world, without me being present. But I was very pleasantly surprised by the kindness of the spectators and their relevant analysis, going sometimes beyond my own reflection on my work.

I have been filled with great gratitude, watching the video. Seeing people seduced by my short-movie and talking about it with passion is a source of huge motivation for the rest of my career!

Regarding the concept, the story was inspired by a theatrical adaptation of ‘The Little White Bird’ by JM Barrie, a Peter Pan prequel, in which the author discusses with his creation, a being of paper. The creation says he’s afraid to disappear if his master forgets him. I then realized that some fictional characters (written by others or by myself) seemed more real to me than people I meet on the surface. I knew of them more deeply, because they existed FOR ME.
A universal character like Superman has more importance in our lives that many anonymous in the world and, yet, he’s fictional. So what does ‘being real’ mean ? Why wouldn’t we be be fictional characters? Then came to me the following idea: if a character only exists in a film, one can imagine that he only exists when he’s shown on the screen. Yet he is presented with a personality and memories while the opening scene corresponds to his birth! What if this character realized it? What if those memories seemed to him just blurred, implanted?

It must be either ‘The Fifth Element’ or ‘Multiplicity’, two films that I discovered as a child and have been with me all my life.

Besides filming, I work mostly alone on my projects, without funding or production assistants. Therefore, I’m looking for three things from a submission platform : I need it to be complete, user-friendly and as cheap as possible. That’s why, FilmFreeway is by far my favorite.

Something very original I guess, like ‘Let It Be’ by The Beatles !

I’m currently working on the post-production of my next short film, a fantasy thriller in the world of karaoke! In parallel, I write several scenarios, ambitious short films and feature films that I hope to be able to direct one day. 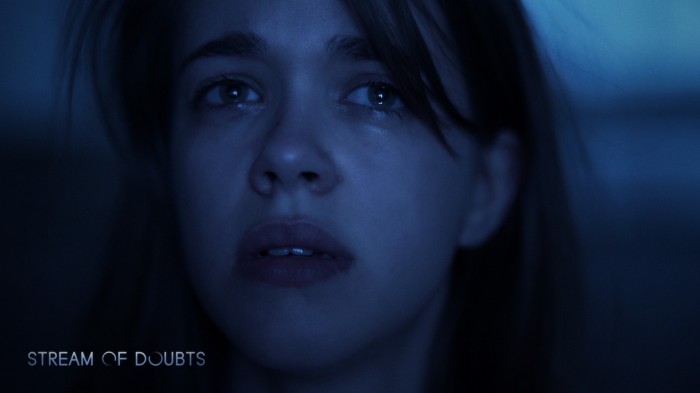 2 thoughts on “Interview with Filmmaker Joseph Catte (STREAM OF DOUBTS)”