It was an honor chatting with the multi-talented musician and film composer Alexei Aigui and chat about his one and only passion in life: music!

Listen to his music on Soundcloud

Matthew Toffolo: Where were you born and raised? Was music something you always wanted to do as your career?

Alexei Aigui: I was born and raised in Moscow, as they say, in an artistic family. My father was a poet, and was representing the so-called unofficial art – meaning he was under control of the Soviet authorities, and his works couldn’t be published, so our life wasn’t exactly an easy ride. When I was six, mum took me to an ordinary music school near our place, to play violin. Learning to play the piano was more prestigious and cost about 15 times more, so we didn’t really have a choice in the matter. God bless, accordion didn’t cost less than violin. I don’t remember if I wanted to study music, I think I didn’t even ask myself that question – it just happened. So I studied there until I was about 15, not reflecting a lot on why I needed it. However, in my teenage years, I became a rock music fan – Led Zeppelin, AC/DC, then quite quickly became interested in more complicated stuff like King Crimson, Frank Zappa, etc. Maybe then, through rock music, I decided to become a musician, form my own band. Or maybe it was already late to think about doing something else, after all the years of exercise? Through avant-garde rock, having played in my first bands and already starting to study professionally at the conservatory, I became interested in academic avant-garde – [Anton] Webern, [Gyorgy] Ligeti, [Pierre] Boulez, [Karlheinz] Stockhausen, [Igor] Stravinsky, [Sergey] Prokofiev.

Afterwards, I took to improvisational music and minimalism. In 1994, I set up Ensemble 4’33’’ in Moscow, and we performed pieces by John Cage, Earle Brown, La Monte Young, and others in that spirit. Gradually, mainly due to the fact that there wasn’t enough sheet music available [in Russia], I started to compose music, and turned out one’s own pieces were nicer and easier to play than others’. That’s how I became a composer. The band has existed for 24 years, we play 30 concerts a year, have released a lot of CDs, the band is my foundation for film work, with either the entire band taking part in soundtrack recording, or some of the Ensemble 4’33’’ members.

What has been your most proudest work of your career?

I’m proud of many works, when it comes to non-film-related music – the cantata ‘Salut to Singing’ to my father’s poems, almost everything I do with Ensemble 4’33’’. Of course, cinema works: my very first OST, for ‘Country of the Deaf’ by Valery Todorovsky, and for ‘Wild Field’ by Mikhail Kalatozishvili, ‘The Horde’ by Andrey Proshkin. Of my latest collaborations outside of Russia — ‘I Am Not Your Negro’ and ‘The Young Karl Marx’ by Raoul Peck.

Tell us about your working relationship with director Raoul Peck on “The Young Karl Marx”?

The work took quite a long time, the film was in all stages of production for almost 10 years, with the shooting taking part in 2 or 3 countries. The company’s office was in France, editing took place in Belgium, and mix in Germany. Raoul wanted the music to be, on the one hand, relevant to the demands of period drama, orchestral and melodic, on the other hand, to feel ‘uncomfortable’ and edgy. The first draft of music was far from what you hear in the film, there were a lot of corrections. There were some temporary tracks in the first cut, the scene of police chasing Marx had a Haitian folk piece that, surprisingly enough, worked very well, it wasn’t easy for me to compose new music for that bit, in ‘Irish style’. Raoul, along with the film’s editor Frederique Broos, came to Moscow for the orchestra recording, and made a few corrections during the recording itself. Our following project, ‘I Am Not Your Negro’, was recorded without him, because Raoul was working on the final mix of ‘Marx’ in Germany. For ‘I Am Not Your Negro’, we recorded completely different music, with my band – we recorded a few semi-improvisational takes, and Raoul chose the most suitable.

What are you generally looking for in a director in terms of guidance and tone for your music?

When I was starting to work in Russian cinema, almost no one used references (temporary tracks), and you were, so to say, on your own. Director was only able to use words while describing what he wanted in terms of music, which isn’t always translatable from the director’s language to, well, human. These days the use of references is quasi-total. It makes the composer’s job easier and quicker, but also sets up some borders and limits the composer in his or her work. I’ve seen all sorts of director-composer relations – from close friendship to composing music without knowing the director, and I believe that there should certainly be personal contact, a sort of mutual tuning is supposed to happen. Often, the editor plays an important role, offering his or her opinion.

What do you think a producer/director is looking for when they bring on their composer to score the film?

Often, when I see the result (not in the films, on which I had the chance to work), it seems to me that producers and directors wanted to save money. Perhaps the perfect option is to find the music that would create a unique sound for the picture, the music that would add a dimension to the film, another layer, and wouldn’t just underscore the tension or hint that we should feel sad. Music can be omnipotent, it’s like an undercurrent, sometimes we don’t even realize that it exists side-by-side with the action and tells the story, accentuating some points and adding depth to the movie.

What is your passion in life besides music?

I’m completely handicapped in that respect – only interested in music. Well, maybe also alcohol. I can’t even normally rest or travel – every time I’m at a bar and I see a stage, I go, ‘Why haven’t I played here before?’ and ask the owner is it’s possible to perform at their place.

Anyway, I’m not purely a film composer, concerts take a lot of time, and if I don’t perform for a few weeks, I get a bit crazy. I also used to paint when I was young, but now don’t have time to devote to that.

What movie have you watched the most times in your life?

Usually, I don’t want to re-watch the films that made the biggest impact on me, I kind of want that first impression to stay as it was. So it’s most likely that the films I saw most times are those you come across while watching TV, and just don’t turn off. I can’t say I’m a cinemaholic, I’m not too eager to see everything people talk about, and I skip many films. And this huge pile of ‘to-watch’ movies is growing. Thanks to my 13-year-old son, I finally saw all the Star Wars movies (never watched those before, sorry to say) and the Harry Potter series. We watched all the films in strict order, spending about a week on each series.

What advice do you have for young musicians who would eventually like to compose movies for a living?

Forget about it. Okay, if we’re being serious (although ‘forget about it’ is also me being serious), it’s best if you’re primarily a musician, and then a businessman. However, I’ve always wanted to earn my living with music. A lot of people try to become film or TV composers, having failed at performing their music on stage. This phenomenon stems from how easily available the music-making programs are. Certainly, new talents can emerge, but these programs standardize musicians, unique and interesting sound in cinema has become a rare sight, irony intended. Everybody tries to copy copies, and you wonder where the search for something new is? Last but not least, entering the tricky and rocky path of a musician, be ready to die homeless and poor, how did the best of us composers. 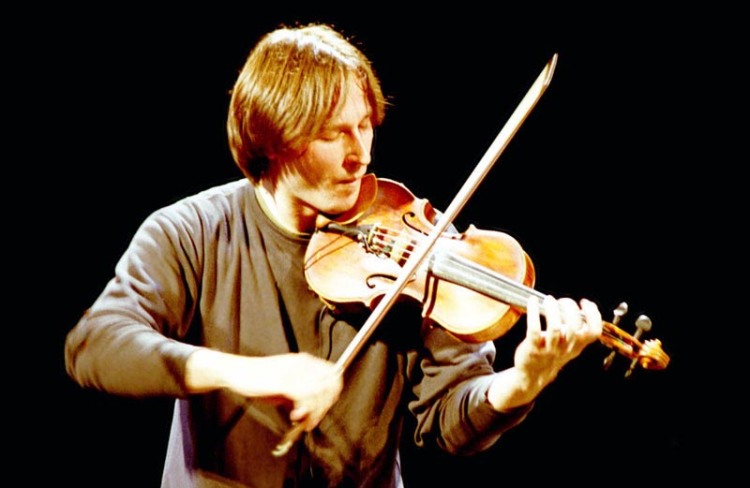