Gretchen Bayers short film THE FOREST PRINCESS played to rave reviews at the November 2017 FEMALE FEEDBACK Film Festival. It was the winner of BEST CINEMATOGRAPHY at the festival.

What motivated you to make this film?

We had this trip booked to visit my family in Indiana. Their 9.5 acre wooded property, my incredibly special and inspirational little niece AND the fact that we had just added some great Sigma Art lenses to our filmmaking arsenal was all the motivation we needed to dream up a story to capture on our trip.

From the idea to the finished product, how long did it take for you to make this short?

We filmed in late September 2016 and released the film on Thanksgiving Day 2016.

How would you describe your short film in two words!?

What was the biggest obstacle you faced in completing this film?

We have day jobs and had already committed to a couple of side film/editing jobs.

Our biggest challenge was carving out time to work on The Forest Princess.

What were your initial reactions when watching the audience talking about your film in the feedback video?

I thought it was VERY interesting to hear the varying interpretations…the theme of death came up a couple times…that was not where we were driving our story, but I like that there is that possibility!

I like that one of the audience members commented that she found the film therapeutic. Our intention was for it to be more of a glimpse…a meditation…not a neatly, wrapped up package.

How did you come up with the idea for this short film?

I had read a brief article about this sculptor/painter in Spain that created ‘land art’…and had specifically painted all sorts of objects on the trunks of trees in a forest.

I come from a family of artists, so we are often sharing new discoveries with one another.

I shared this artist’s work with my sister, Kendra, and told her that I wanted to come up with a story about her daughter, Aerie, set in the forest on the family compound.

She and I wrote the script for Aerie to narrate and act out. We were gathering costumes and talking to Aerie about her role as The Forest Princess and she started talking about the caterpillar forming a chrysalis…my sister and I were surprised to hear these big words and ideas coming out of her 3-year old mouth and decided that we had to write the chrysalis monologue into the script.

What film have you seen the most in your life?

The Sound of Music was played EVERY YEAR in our house until I was 11-ish.
In my adult life…that is a hard one to pin down to one.
Here’s the top 4:
Wings of Desire
The Thomas Crown Affair (1968 – Steve McQueen)
North By Northwest
Grey Gardens (documentary)

You submitted to the festival via FilmFreeway, what are you feelings of the new(ish) submission platform from a filmmaker’s perspective?

It’s a great channel for getting your work out there. It’s wonderful to create something and send it down a few avenues via FilmFreeway…even if nothing comes of the submissions, it feels like I am honoring the process and effort made… breathing extra life into a project that I worked hard on and am proud of.

What song have you listened to the most times in your life?

Wellll…it’s undoubtedly a Radiohead song…i just don’t know which one.
Their individual albums translate into single songs in my soul.

What is next for you? A new film? 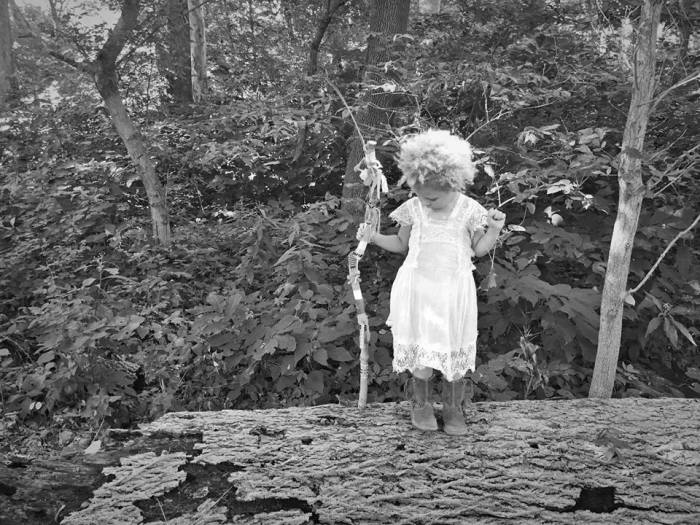 2 thoughts on “Interview with Filmmaker Gretchen Bayer (THE FOREST PRINCESS)”