Many have stated that his makeup design for Nicole Kidman on “The Hours” is the key reason for her Oscar Win for Best Actress (see pic below). The same can be said for his work on Renée Zellweger for her Oscar Win on “Cold Mountain”. How those films received zero Oscar nominations for Makeup is still a mystery.

It was an honor to chat with Paul Engelen and talk about his art:

Matthew Toffolo: You’ve worked on over 80 Productions as a Makeup Artist in the last 45 years. Do you have a favorite experience?

Paul Engelen: Every new project presents challenges, experiences and memories. I would say I have been extremely lucky to have had a very wide variety and range of projects to work on. I suppose if pressed, I would mention working on ‘Empire of the Sun” and ‘Star Wars, The Phantom Menace’ to be particular highlights, but I would also name “Pink Floyd, The Wall’ to be a fascinating experience. My present project for NBC, directed by Tarsem Singh; ‘The Emerald City’ is proving just as interesting though!

MT: Is there a type of story/film that you would love to work on that you haven’t worked on yet? Or have you covered all of your bases?

PE: I think I have covered most bases! Contemporary stories to science fiction, several medieval themes which I must admit, is probably my favourite genre. I’d love to do a ‘western’, directed by someone like Tarantino!

MT: You’ve won 2 Emmys (for Game of Thrones) and have been nominated for 2 Oscars. Does winning or losing mean a lot to you? Or it is really just about the film?

PE: It’s great being nominated, but winning is a blast!! It means your peers think your work is worthy.

MT: What is the main job being the Makeup Department Head on a production?

PE: Well, I would say, it’s about all the aspects of the running a department. Putting a crew together that would be the best for the production. The conversations and collaboration with director, production and costume designers are all paramount in going into production. 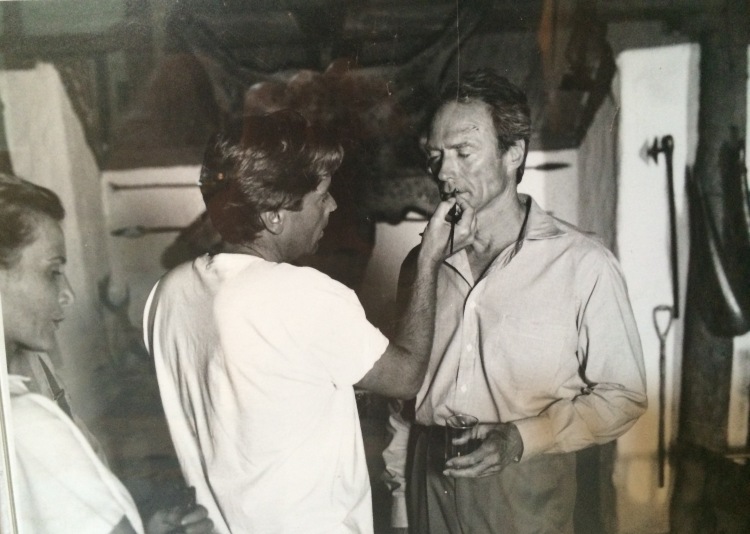 MT: What has been your most difficult job and/or production to date?

PE: Movies generally have a specific format regarding the production structure, which is the area I come from, so it was quite a shock when ‘Game of Thrones” came my way, and I had to put my mind to working on 10 scripts, with two, sometimes three separate units shooting in different countries at the same time! Very testing. Since then, I am being offered more of this type of production, which, although very challenging, I do find stimulating.

MT: You’ve worked on many fantasy and action movies/TV shows. Is there a reason why you seem to love working in these genres?

PE: Again, I have been very lucky in the type of productions that has been offered to me. I am comfortable with the larger type of production with big name directors, irrespective of genres. Often the actors can be a contributing influence on the reason for working on a particular project.

MT: How has the makeup department changed from 35 years ago to today?

PE: I don’t think things have changed much over the years. It has always been ‘challenging’ to put creative people together for months on end, and hope that the peace can be maintained!! I like to think people who work with me look forward to getting together on shows!

PHOTO: Paul with actor Val Kilmer on ‘The Saint’:

PE: I still absolutely adore watching Gregory Peck in ‘Moby Dick’, which, incidentaly had Charlie Parker as the Makeup Designer, who was one of the finest artists in our profession. Such a wonderful film.

MT: Do you have any advice for high school and university students who want to work makeup in the film industry?

PE: It’s a tough business to be in, but incredibly rewarding when you see your work up there on display. – and to be honest, there is a certain amount of luck involved with getting work in the first place, but perseverance and striving to be the best is essential.

PHOTO: Paul with actor Mel Gibson on “Mutiny on the Bounty’.:

PHOTO: Nicole Kidman transforms via makeup in “The Hours”: 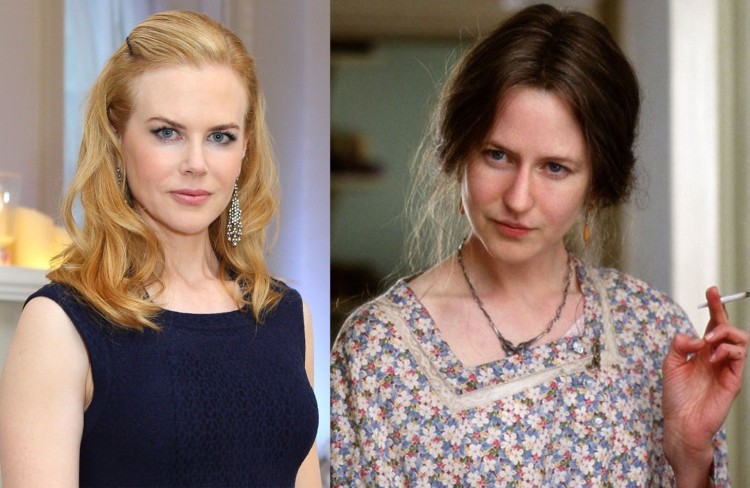