Natasha Braier is a Director of Photography on the rise. Her list of credits is already impressive, but 2016 could be her banner year. She is set to film “American Express”, directed by Nash Edgerton and starring Charlize Theron. Her film, “The Neon Demon”, will be coming out later this year. It stars Keanu Reeves & Elle Fanning, and is directed by Nicolas Winding Refn (Drive, Bronson).

For more information, go to: http://www.natashabraier.com/

It was an honor to sit down with the Cinematographer:

Matthew Toffolo: Tell us about THE NEON DEMON. What should we expect to see? Nicolas is a very visual filmmaker – shows more than tells. How was your working relationship with the director?

Natasha Braier: I think working with Nicolas Winding Refn is a gift for any cinematographer, because he is interested in visual story telling, in poetry, in suggesting rather than narrating. He doesn’t care about the conventional established representational mode of film story telling, he goes beyond, and for me thats what always been exiting in film making. I always tend to look for directors that are working in this direction, but Nic is probably the most extreme of them, and that’s what I love about him. He pushes me to get the bravest part of myself, to jump the abyss, he doesn’t care if we fall and crash while trying, he would rather try and fail than to stay in a safe territory. So, I love jumping with him, and most of the time, we don’t fall but we fly. 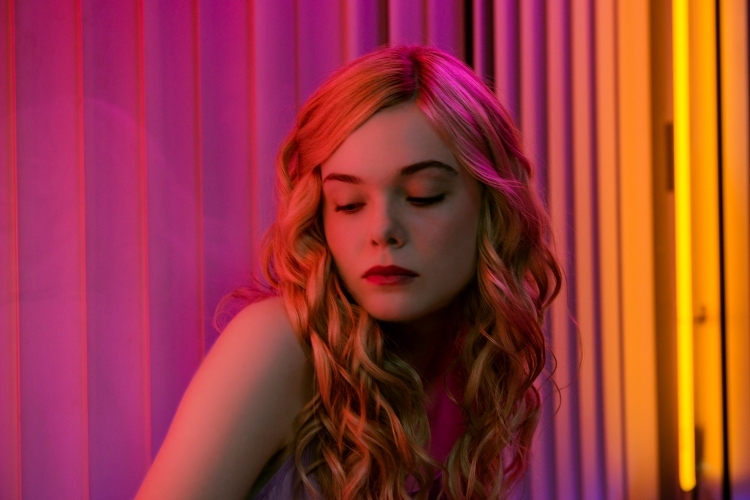 Matthew: You are set to DP the feature film AMERICAN EXPRESS, directed by Nash Edgerton. We showed Nash’s last short film at our festival last year. Lots of camera movement while showcasing the production design to give multiple feels and emotions to the viewer. How is your experiences in prep been so far?

Natasha: We are having a great time in prep, we start shooting tomorrow. Its very interesting that you mention about his camera movement because I love how Nash moves the camera and that’s one of the things that attract me of his work. Together with his sense of humor and his sensibility.

Matthew: After a string of successful short films, you jumped to features in 2005. How did you obtain your first feature film job? What has been the biggest thing you’ve learned as a DP in the last 11 years?

Natasha: My first film GLUE was directed by my then husband, Alexis Dos Santos.

He won a 30K development grant in Rotterdam and we shot the movie with that money plus another 15 I made on a car commercial. Glue won in Rotterdam and showed in more than 20 film festivals, Lucia Puenzo called me to do XXY after seeing Glue, so did Claudia Llosa for The Milk of Sorrow. So, that’s how it all got started.

Matthew: You still like to DP short films from time to time. What keeps inticing you to work on shorts? Do you like/love the medium?

Natasha: I shot a few in the last few years, Loxoro for my friend Claudia Llosa who I shot “Milk of Sorrow” with. I shot “Swimmer” as I admired director Lynne Ramsay who after that collaboration because a great friend. And a short film for Zegna with director Park (Chan Wook) another big hero of mine, whom I had never dreamed I would have the chance to work with. If these amazing directors are doing shorts, sure, I love shooting shorts with them. Also, short films are a format that allow for more experimentation, more poetry and freedom.

Matthew: What type of film would you love to work on that you haven’t worked on yet?

Matthew: What does a DP look for in its director?

Natasha: Someone you respect as an artist and as a human. Someone who has something to say that I relate to and I feel I wanna help express with the tools of cinematography.

Matthew: What does a director for for in its DP?

Natasha: I guess that depends on the director.

Matthew: What do you look for when hiring your main team? Gaffer. Key Grip. Camera Operator. Etc…

Natasha: I look for the best technical expertise, an artistic eye and sensibility that resonates with mine, a passionate love for film making, and personalities I would like to have around for months.

You are creating a family that will support you not only technically but also emotionally, so the human aspect is as important as the technical one.

Matthew: Where do you see the future of camera/lighting technology in film?

Natasha: I’m very sad to see film disappearing and I feel is our responsibility to keep fighting to keep it alive and to have the option to choose what’s the best format for each project.

PHOTO: Natasha on Set of the film “The Rover”:

Matthew: What film, besides the ones you’ve worked on, have you seen the most times in your life?

Natasha: Mauvais Sang, Leos Carax. I’ve seen it so many times I can probably draw it frame by frame.

____
Interviewer Matthew Toffolo is currently the CEO of the WILDsound FEEDBACK Film & Writing Festival. The festival that showcases 10-20 screenplay and story readings performed by professional actors every month. And the FEEDBACK Monthly Fesival held in downtown Toronto on the last Thursday of every single month. Go to www.wildsound.ca for more information and to submit your work to the festival.