Deadlines to Submit your Screenplay, Novel, Story, or Poem to the festival: http://www.wildsound.ca 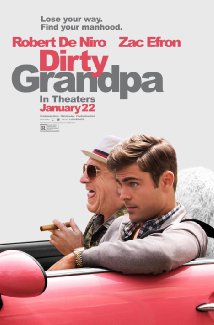 A party scene has one character saying: “Party till you are pregnant!” Another has a prosthetic penis (an erect one at that) in the face of Zac Efron in bed after the De Niro character admits that ‘naked’ is the best way of sleeping.

If the above offends, stay away from DIRTY GRANDPA – the movie. The film is meant to offend. If the above do not do it, De Niro gets to use the ’N’ word later on in the movie. It is what is expected from the British co-writer Dam Mazer, who penned the BORAT and ALI G. characters with Sacha Baron Cohen. But DIRTY…