SAMMY THE SALMON played to rave reviews at the April 2020 LGBT Film Festival.

Jake Michael Shannon: We made this film during the Australian plebiscite vote for same-sex marriage. During this time there were a lot of negative messages in the media coming from both sides of the argument. What I wanted to do, was to create a story that humanised the issue in a comedic, lighthearted way.

I wrote the first draft of the script years before we began production. But when we found out the plebiscite, we thought that it was the prefect time to dust of the idea and bring it to life. From that point on it was incredibly quick. We had three weeks in pre-production, three days shooting, and three weeks in post-production.

Trying to get the salmon to talk was an interesting challenge. What we managed to do was a mix of practical and visual effects. I attached a green pole to the bottom of the salmon’s mouth, then I would move the pole in time with the actor’s voice-over. In post-production we took the pole out of the image so it looks like it’s talking on its own.

I felt like my heart was about to explode. Almost bringing me to tears, it was wonderful to hear people connecting with the film. It really meant a lot to me. Thank you.

I was on my computer late at night. I found myself on a deep-dive of Wikipedia, and ended up on a page that had a list of all the animals that exhibited same-sex relations. Much to my surprise, salmon not only engage in same-sex relationships, but can change their gender. I found this incredibly interesting, and what’s worth noting is that as humans, we impose these things with unnecessary social baggage, compared to the animal kingdom where they are completely amoral and natural. I found this fact about salmon both absurd and insightful, as we could learn a lot from salmon as a species.

I’d say it would be Jurassic Park. I think I wore out two VHS tapes back in the 90’s.

I think its a wonderfully streamlined platform that makes the process much easier on the submitter. I really like it.

I have a film that is coming to the end of its festival run. I have just finished a another film, which is about to enter the festival circuit, and I’ve begun writing on another project. 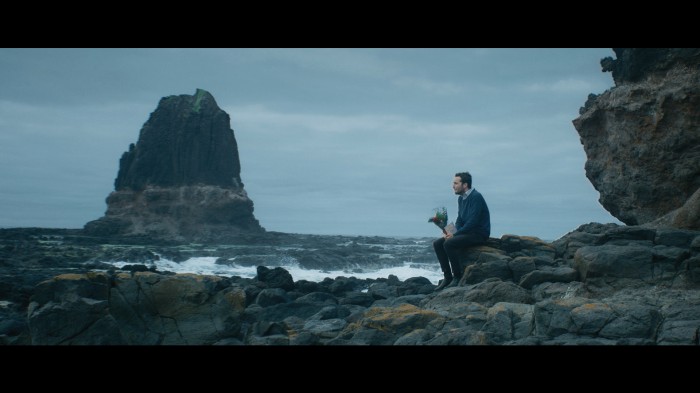